No1003 My Better Off Dead minimal movie poster 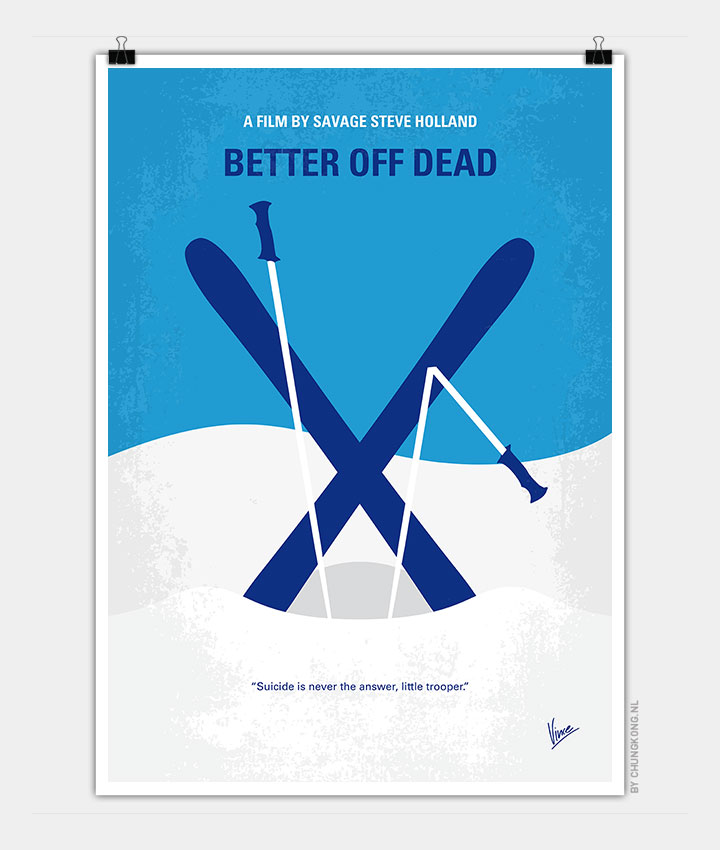 A teenager has to deal with his girlfriend dumping him among family crises, homicidal paper boys, and a rival skier.

Storyline
Lane Meyer is a depressed teen who loses his girlfriend Beth. Her given reason for breaking up is: “Lane, I think it’d be in my best interest if I dated somebody more popular. Better looking. Drives a nicer car.” Anyway, poor Lane is left alone and thinks up treacherous ways of killing himself. He finally meets a French beauty called Monique and falls for her. Simultaneously, he must endure his mother’s terrible cooking which literally slides off the table and his disgusting next door neighbour Ricky (and his mum) while he prepares for the skiing race of his life – to get his old girlfriend back!