No1007 My The Notorious Bettie Page minimal movie poster 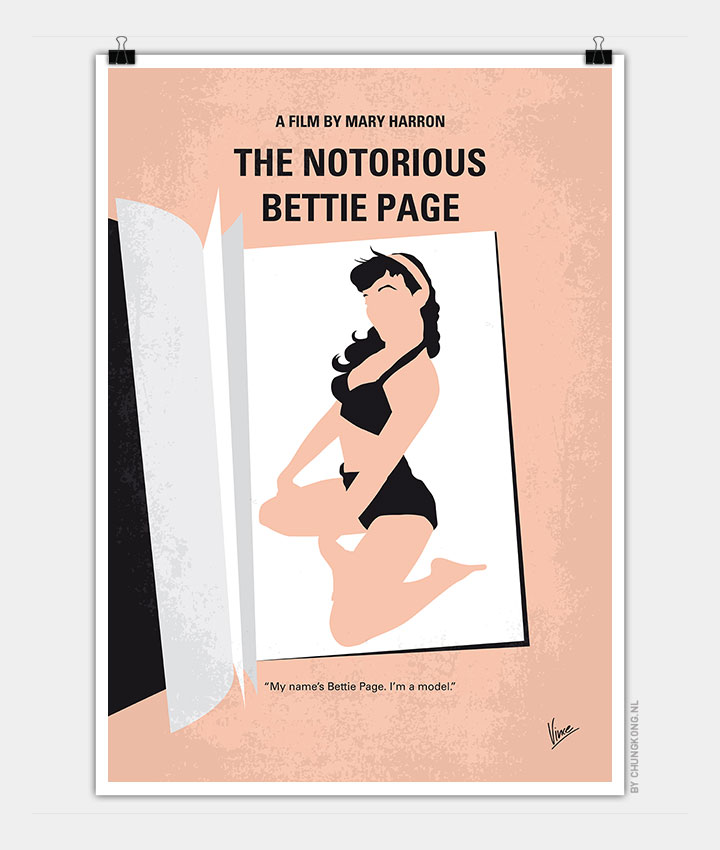 The life of Bettie Page, a 1950s pin-up model and one of the first sex icons in America, who became the target of a Senate investigation due to her risqué bondage photos.

Storyline
Portrait of an American innocent. In 1955, Bettie Page (1923-2008 ) waits to testify before a Senate subcommittee investigating the effects of pornographic material on American adolescents and juveniles. In flashbacks, we see her childhood in Tennessee, a brief marriage, a gang rape, and her going to New York City in 1949. There she takes acting lessons, models for photos, and acts in short films for adults, earning the nickname, “The Pin-Up Queen of the Universe.” We see her relationship with merchants Irving and Paula Klaw, photographers John Willie and Bunny Yeager, boyfriends, and the public. Through it all, she is wholesome, sporting, and forthright – Eve before the fall.