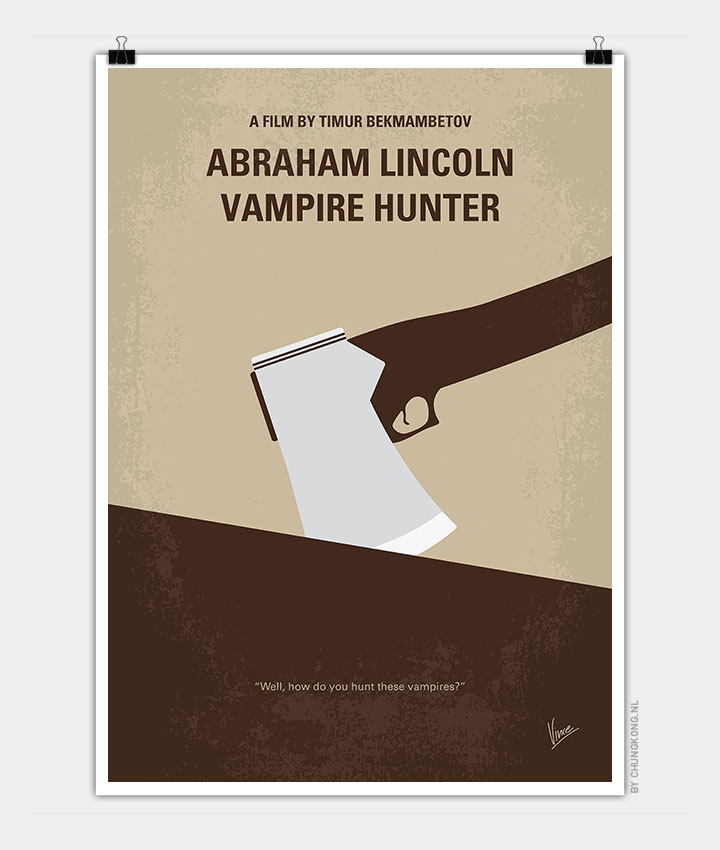 Storyline
This movie speculates that Abraham Lincoln as a child saw his mother killed by a man she stood up to. Years later Abe would find the man and try to kill him but for some reason he doesn’t die. He tries to kill Abe but a man saves him and nurses Abe. When Abe awakens, the man, Henry Sturges, tells him that the man he was trying to kill is a vampire and he is a vampire hunter. Abe wants to learn how to kill them and Hanry teaches him and makes him an ax lined with silver, which is the weapon Abe prefers. Abe would then study law and move to Springfield to become a lawyer and to hunt vampires. He meets Mary Todd but Henry cautions him about relationships. Eventually Abe slays the vampire who killed his mother but before dying he tells Abe that Henry has not been honest with him. He confronts Henry, who doesn’t deny it. Abe would come face to face with Adam, a vampire who plans to make the country his. Abe would give up hunting vampires, marry Mary and would continue his work as a lawyer and would become President. And when the Civil War breaks out, Abe learns that Adam is aiding the Confederacy and when it appears that they are close to winning, Abe must find a way to stop them.