No101 MY Jay-Z Minimal Music poster 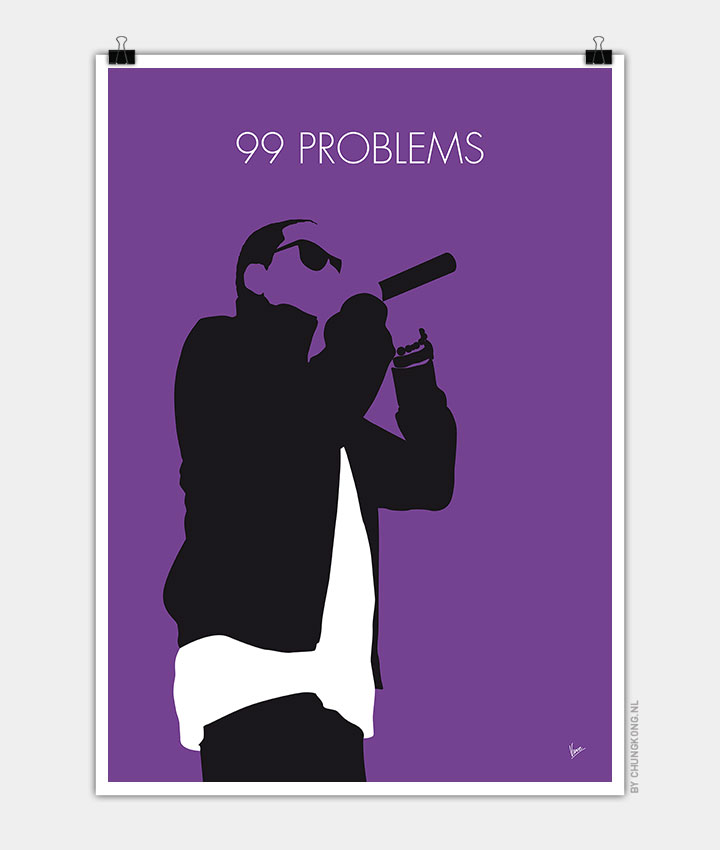 “99 Problems” is the third single released by American rapper Jay-Z in 2004 from The Black Album. The chorus hook “I got 99 problems, but a bitch ain’t one” is taken from the Ice-T single “99 Problems” from the album Home Invasion (1993). The hook was coined during a conversation between Ice-T & Brother Marquis of Miami-based 2 Live Crew. Marquis later used the phrase in the 1996 2 Live Crew song “Table Dance”.

In the song, Jay-Z tells a story about dealing with rap critics, racial profiling from a police officer who wants to search his car, and an aggressor. The song reached number 30 on the Billboard Hot 100.