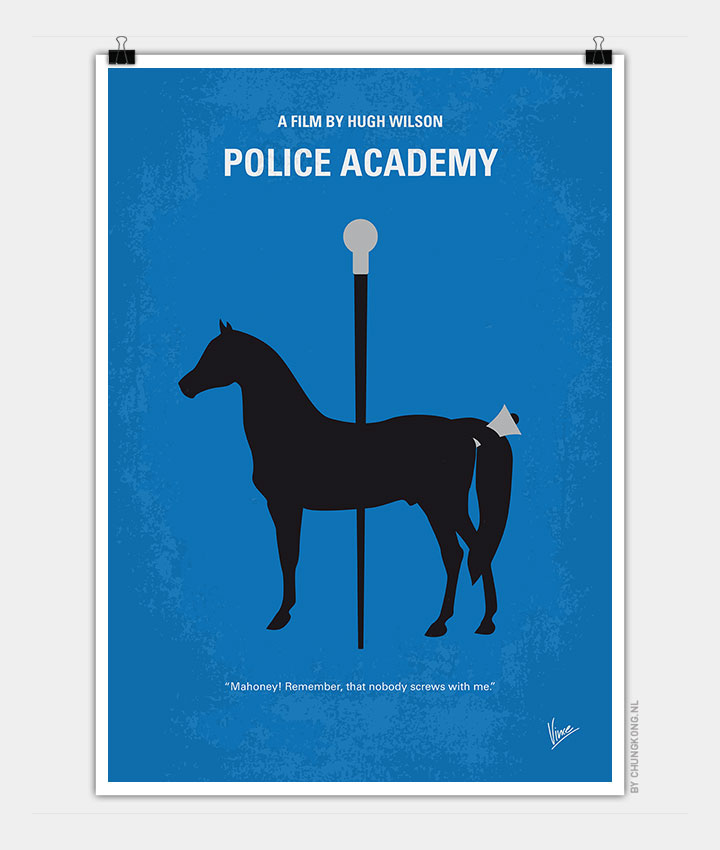 A group of good-hearted, but incompetent misfits enter the police academy, but the instructors there are not going to put up with their pranks.

Storyline
As a crime wave sweeps through a city that doesn’t have enough police officers, the mayor decides that part of the problem may stem from overly restrictive qualifications for police officers, so she opens the door of the city’s Police Academy to anyone who wants to join. Chief Henry Hurst does not agree with the mayor’s decision. Soon, the academy is overrun with misfits, including parking lot attendant Carey Mahoney, who has been arrested before. Captain Reed, a longtime friend of Mahoney’s father, gives Mahoney the choice of taking the 14 week course and joining the force, or going to jail.

Mahoney chooses the academy. Karen Thompson is an attractive cadet whom Mahoney has his eyes on. Florist Moses Hightower is a mountain of a man who likes to tend flowers. And Larvell Jones has the ability to imitate the sound of virtually anything. Also in the academy are guy-magnet Debbie Callahan, squeaky voiced Laverne Hooks, gun loving Eugene Tackleberry, and Leslie Barbara (Donovan Scott), a cadet who has been picked on one too many times. Befuddled Commandant Eric Lassard and his lackey, Lieutenant Thaddeus Harris, are not exactly thrilled with the new recruits. As Lassard and Harris try to wash their hands of the recruits, Mahoney and his classmates become all the more determined to make good, even when one of the recruits accidentally starts a chain reaction of fights that lead to a riot in the city.