No1015 My Spaceballs minimal movie poster 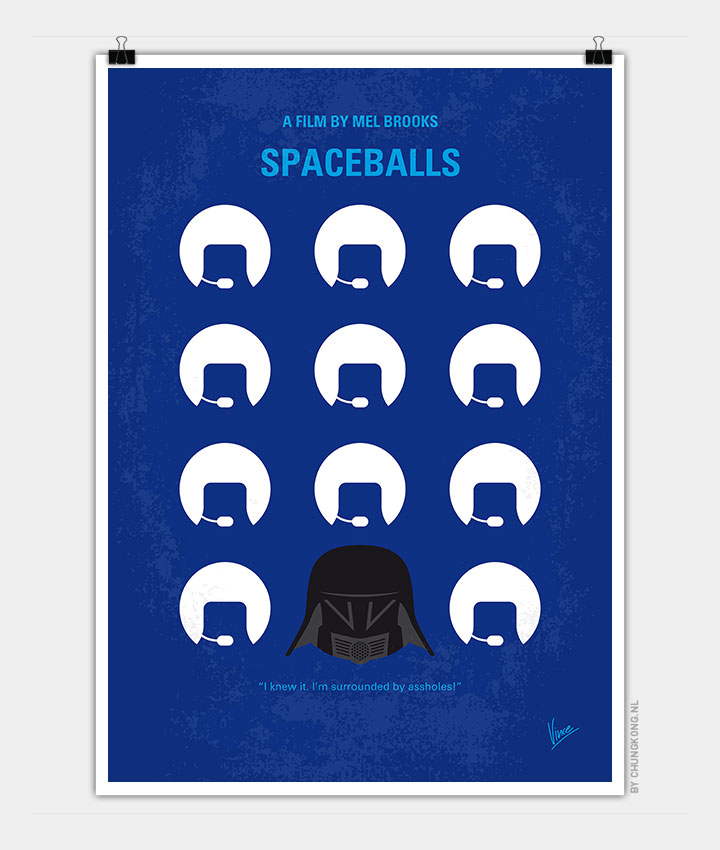 A rogue star pilot and his trusty sidekick must come to the rescue of a Princess and save the galaxy from a ruthless race of beings known as Spaceballs.

Storyline
The planet Spaceball, home planet of the evil Spaceballs is running out of air and the planet’s ruler President Skroob has devised a evil scheme, where he plans to steal the air from the atmosphere of the peaceful planet Druidia. But Druidia is surrounded by a defense shield to prevent the Spaceballs from stealing the air. When Druidia’s ruler King Roland’s beautiful daughter Princess Vespa and her loyal droid Dot Matrix flee from Druidia during her wedding to Prince Valium, the evil commander of the Spaceball fleet, Dark Helmet captures Princess Vespa so King Roland will be forced to give them the access code to the defense shield. But heroic space pilot Lone Starr and his sidekick, Barf (a Mog, half man-half Dog) comes to Princess Vespa’s rescue. With help from wise and powerful master of the magic ring “The Schwartz” Yogurt, Lone Starr, Barf, Dot and Princess Vespa set out to save Druida and foil Dark Helmet and President Scroob’s scheme and prevent them from stealing the air from Druidia.