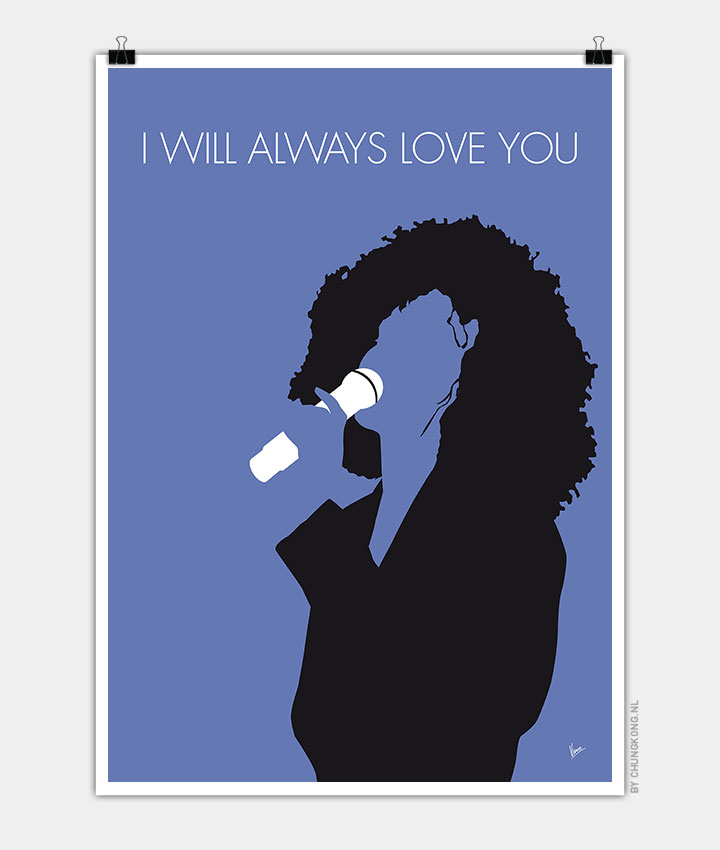 The song, “I Will Always Love You” was originally written and recorded in 1973 by American singer-songwriter, Dolly Parton. Her country version of the track was released in 1974 as a single and was written as a farewell to her one-time partner and mentor of seven years, Porter Wagoner, following Parton’s decision to pursue a solo career.

Parton’s version of “I Will Always Love You” was a commercial success. It reached number one on the Billboard Hot Country Songs chart twice. It first reached number one in June 1974, and then in October 1982, with her re-recording on the soundtrack of the movie version of The Best Little Whorehouse in Texas, making Parton the first singer ever to achieve the number one position twice with the same song. Whitney Houston recorded her version of the song for the 1992 film The Bodyguard. Her single spent 14 weeks at number one on the Billboard Hot 100 chart making it one of the best-selling singles of all time. It also holds the record for being the best-selling single by a woman in music history. Houston’s version of “I Will Always Love You” re-entered the charts in 2012 after her death, making it the second single ever to reach the top three on the Billboard Hot 100 in separate chart runs. The song has been recorded by many other significant artists including Linda Ronstadt and John Doe.