No112 MY LLCOOLJ Minimal Music poster 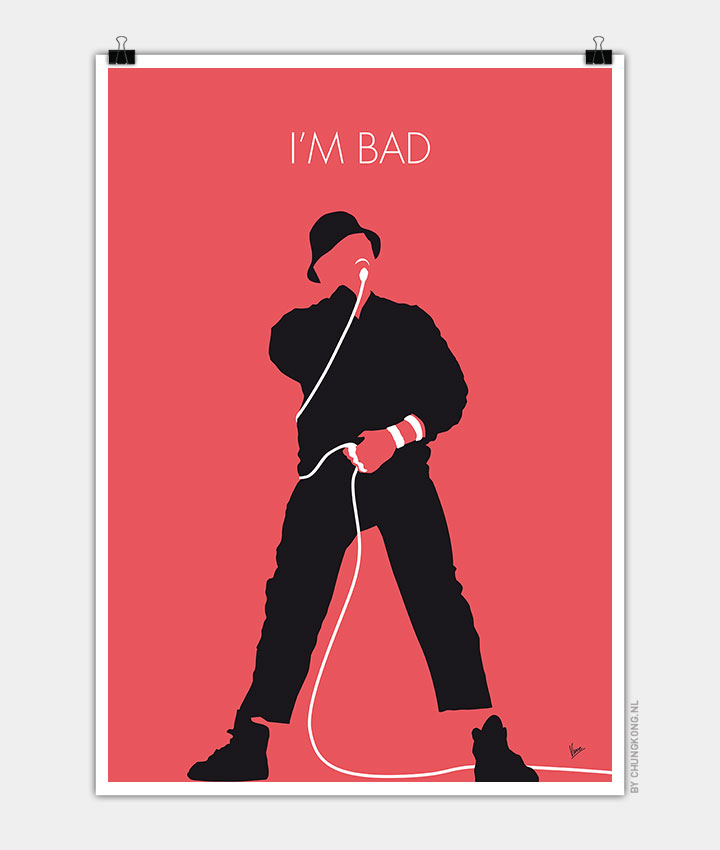 “I’m Bad” (sometimes spelled I’m BAD) is the first single from LL Cool J’s second album, Bigger and Deffer. It was released in 1987 for Def Jam Recordings and was produced by the production group, The L.A. Posse and LL Cool J himself, with Russell Simmons executive producing the single. I’m Bad made it onto several Billboard charts. It was L L’s Hot 100 debut, reaching #84. It also hit #4 on the Hot R&B/Hip-Hop Songs, #2 on the Hot Dance Music/Maxi-Singles Sales, #34 on the Hot Dance Music/Club Play and #8 on the UK Singles Chart. This single was followed by “I Need Love” and “Go Cut Creator Go”.

The song samples the “Theme from S.W.A.T.” by Rhythm Heritage, LL Cool J’s “Rock the Bells”, Federal Signal Corporation’s famous Q2B siren, and an interpolation of the theme song from the 1960s syndicated animated series Courageous Cat and Minute Mouse. Diss track “The Syndicate” by Ice-T, mimmicks the song’s hook. The song would be sampled in return in Deejay Punk-Roc’s My Beatbox which appeared in Thrasher: Skate & Destroy.