No1134 My The Abyss minimal movie poster 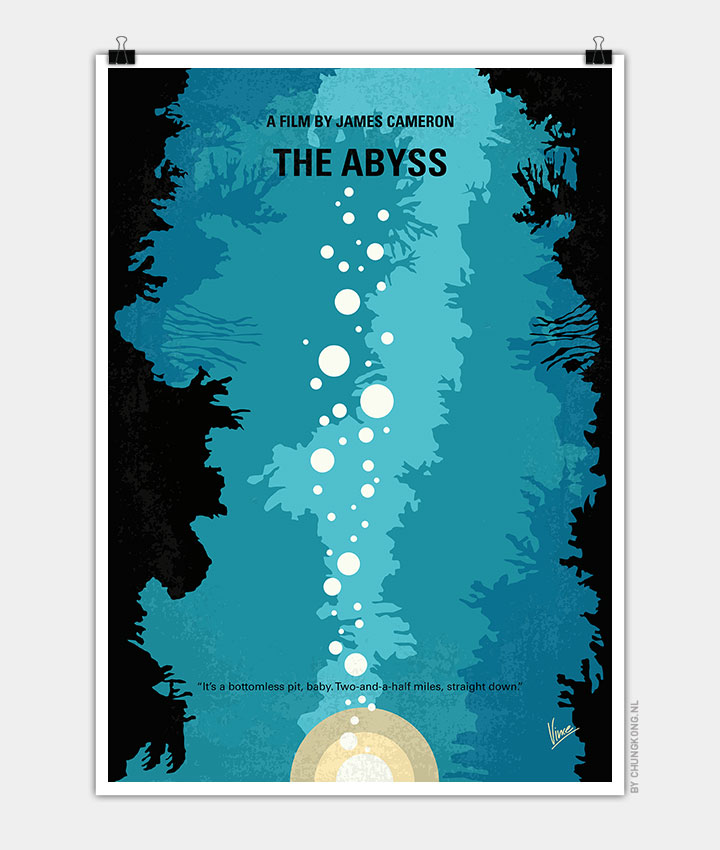 A civilian diving team is enlisted to search for a lost nuclear submarine and face danger while encountering an alien aquatic species.

Storyline
During the height of the Cold War the USS Montana, a US nuclear ballistic submarine, sinks into an ocean abyss due to unknown circumstances. The US Navy scramble to the scene to rescue survivors and recover the nuclear missles on board before nearby Russian forces do. Their best hope are a team of divers attached to a submersible drilling platform not far from the crash site. During the operation freak weather conditions damage the platform and sever its communication with the surface. As World War III looms above and tensions rise between the divers and a deployed SEAL team the rescuers discover that there is something else besides the submarine in the Abyss.