No1137 My The Insider minimal movie poster 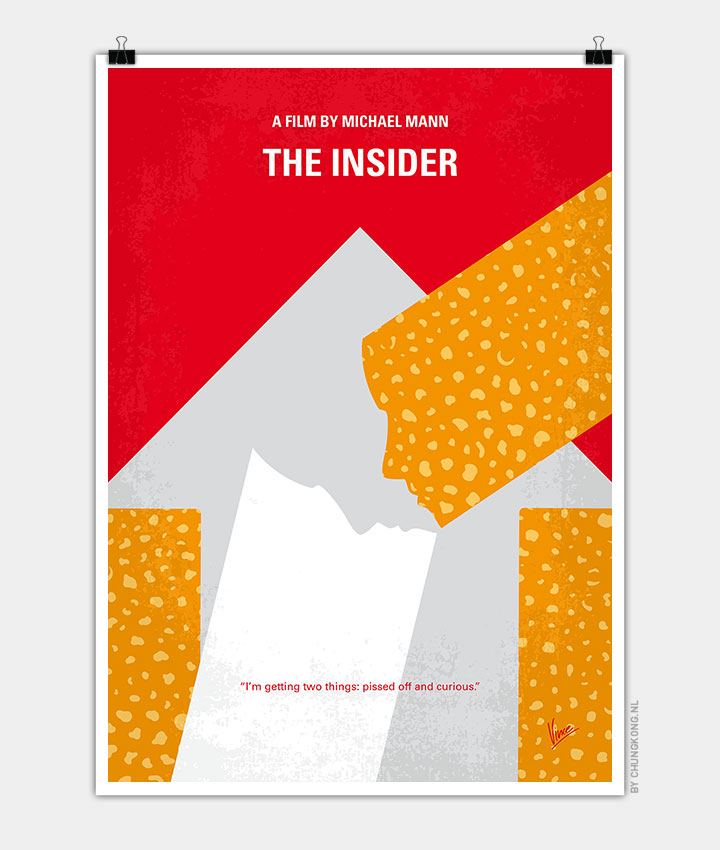 A research chemist comes under personal and professional attack when he decides to appear in a 60 Minutes (1968) exposé on Big Tobacco.

Storyline
Balls-out 60 Minutes (1968) Producer Lowell Bergman (Al Pacino) sniffs a story when a former research biologist for Brown & Williamson, Jeff Wigand (Russell Crowe), won’t talk to him. When the company leans hard on Wigand to honor a confidentiality agreement, he gets his back up. Trusting Bergman, and despite a crumbling marriage, he goes on camera for a Mike Wallace (Christopher Plummer) interview and risks arrest for contempt of court. Westinghouse is negotiating to buy CBS, so CBS attorneys advise CBS News to shelve the interview and avoid a lawsuit. 60 Minutes (1968) and CBS News bosses cave, Wigand is hung out to dry, Bergman is compromised, and the CEOs of Big Tobacco may get away with perjury. Will the truth come out?