No1138 My Adventureland minimal movie poster 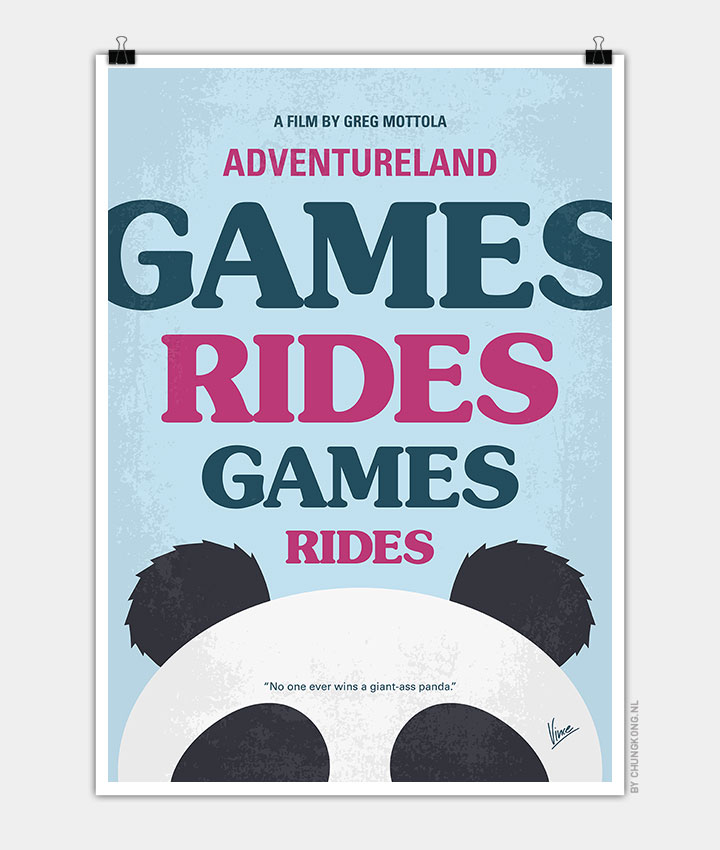 In the summer of 1987, a college graduate takes a ‘nowhere’ job at his local amusement park, only to find it’s the perfect course to get him prepared for the real world.

Storyline
It’s the beginning of the summer 1987 in Pittsburgh. Young adult James Brennan, who is inexperienced in more ways than one including being a virgin, has just graduated from college with a degree in comparative literature. His parents are sending him to Europe for a six week vacation as a graduation present before he heads to New York City to attend Columbia’s graduate program in journalism. He is taking the trip and sharing an apartment in NYC with his best friend Eric, James’ half of the rent being paid for by his parents. As his parents announce they can no longer financially support him, the trip is definitely off, but his stint at Columbia is placed into jeopardy unless he can make enough money both over the summer and in NYC to pay rent.

With no marketable job skills, he takes the only summer job he can get, at a third rate amusement park called Adventureland as one of the many games operators. At Adventureland, James believes he’s died and gone to hell until he meets fellow games operator Emily Lewin, to who he is attracted. Not having any real experience with women, James is taken under the wing of the park’s good looking maintenance man, married Mike Connell. As James and Em embark on what looks to be a relationship, secrets that Em and Connell are keeping as well as an encounter James has with Lisa P., a fellow parks worker who is the dream girl of every red blooded man in the park, may jeopardize James and Em’s relationship. But James’ experience at the park that summer may also provide him with a clearer picture of what he really wants and needs in his immediate future.