No1139 My Sense and Sensibility minimal movie poster 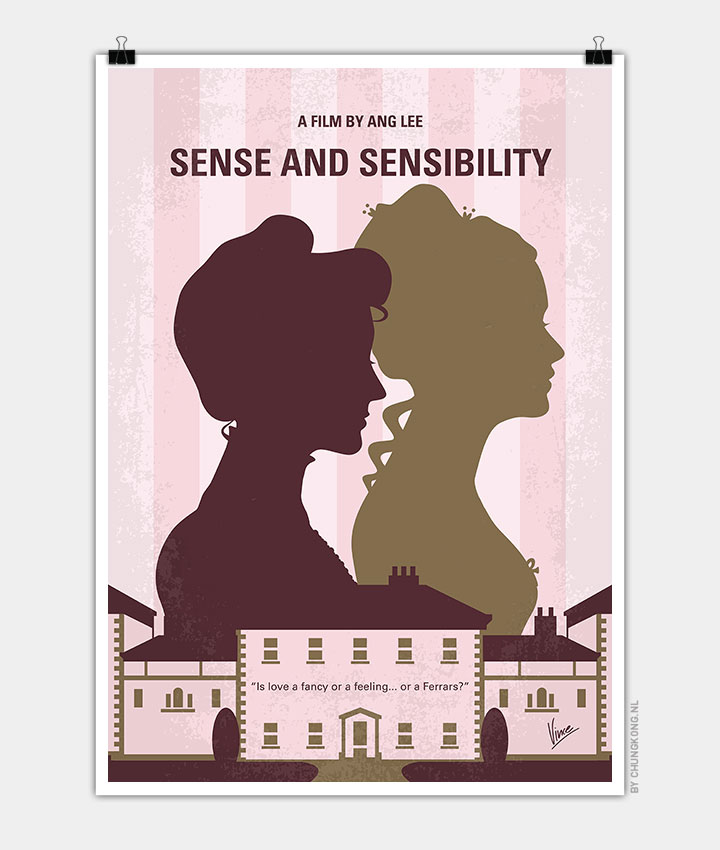 Rich Mr. Dashwood dies, leaving his second wife and her three daughters poor by the rules of inheritance. The two eldest daughters are the titular opposites.

Storyline
At wealthy Mr. Dashwood’s death, his entire estate goes to son John, who promised to take care of the family, but his greedy wife Fanny takes him out of generosity, so the widow gets a tiny pension, forcing her to move with three daughters to a cheap country cottage. They are warmly welcomed by the local gentry. Eldest daughter Elinor, sensible and responsible, suddenly harbors romantic hopes after meeting Fanny’s charming, courteous, unambitious brother Edward Ferrars, the only person winning her kid sister Margaret’s confidence, who dreams of a quite parish, but seems to give in to his domineering mother. Romantic, impulsive second daughter Marianne is instantly smitten when rescued after a clumsy fall by dashing mounted doctor John Willoughby, and gets coyer attention from colonial India veteran colonel Brandon.