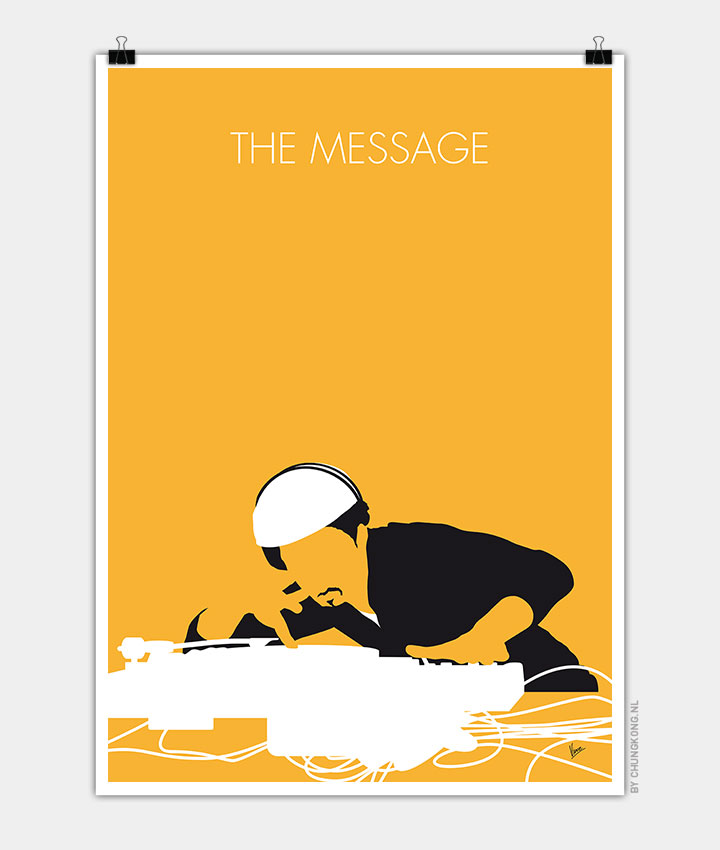 “The Message” is a song by Grandmaster Flash and the Furious Five. It was released as a single by Sugar Hill Records on July 1, 1982 and was later featured on the group’s first studio album, The Message.

“The Message” was the first prominent hip hop song to provide a social commentary rather than the self-congratulatory boasting or party chants of earlier hip hop. Featuring alternating lead vocals by Melle Mel and Ed “Duke Bootee” Fletcher, the song’s lyrics describe the stress of inner city poverty:
“Rats in the front room, roaches in the back
Junkies in the alley with the baseball bat
I tried to get away but I couldn’t get far
Cause a man with a tow truck repossessed my car
The chorus includes the repeated refrain “It’s like a jungle sometimes / It makes me wonder how I keep from going under.”

“The Message” took rap music from the house parties of its origin, to the social platforms later developed by groups like Public Enemy, N.W.A, and Rage Against the Machine. Melle Mel said in an interview with NPR: “Our group, like Flash and the Furious Five, we didn’t actually want to do “The Message” because we was used to doing party raps and boasting how good we are and all that.”