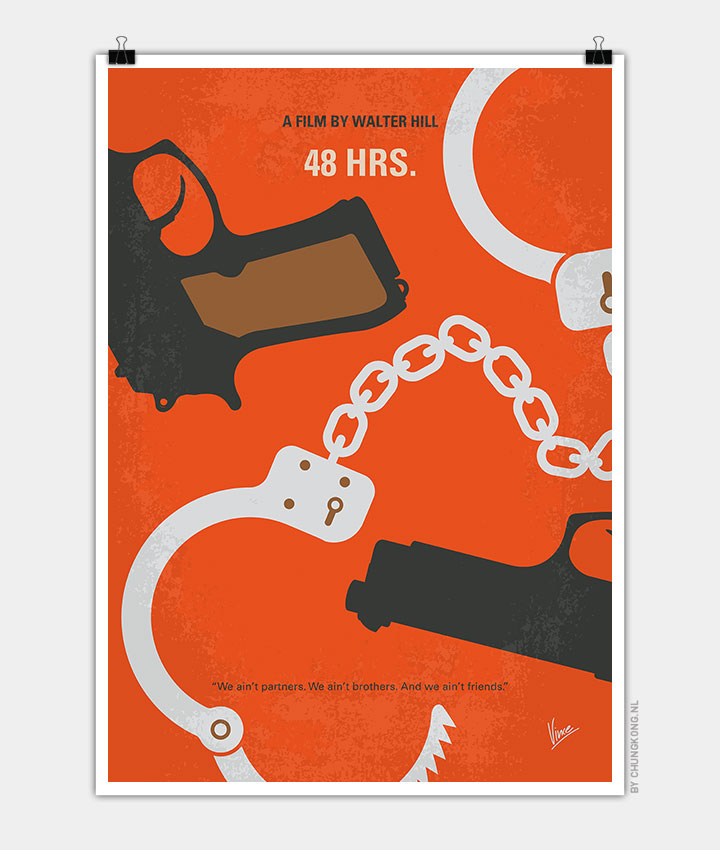 Aka 48 Hrs. A hard-nosed cop reluctantly teams up with a wise-cracking criminal temporarily paroled to him, in order to track down a killer.

Storyline
Convicted robber Albert Ganz escapes from a road gang with the help of his partner Billy Bear, and they immediately kill their partner Henry Wong, then they check into the Walden Hotel in San Francisco under false names. Alcoholic San Francisco cop Jack Cates and two of his fellow cops VanZant and Algren go to the Walden Hotel to check on a guy named G. P. Polson, who turns out to be Ganz.

Ganz and Billy kill Algren and VanZant, then leave. Jack wants revenge, so he convinces his boss, Haden, to let him work alone on this case. Jack goes to a prison and visits Ganz and Billy’s former partner Reggie Hammond, and Jack decides to spring Reggie for 48 hours so Reggie can help him find Ganz and Billy, but it’s not going to be easy, especially since Jack and Reggie are not getting along with each other. The tension between them gets so high that they end up beating each other up in a garbage filled alley on their first night together, then it turns out that Reggie has $500,000 stashed away in the trunk of his car, and his car has been in a parking garage ever since he was convicted. Ganz and Billy are after the money, so they have kidnapped Rosalie, the girlfriend of their former partner Luther, in order to force Luther to get the car with the money in it. With this in mind, Jack and Reggie try to find Ganz and Billy before Jack has to return Reggie to the prison.