No116 MY MADONA Minimal Music poster 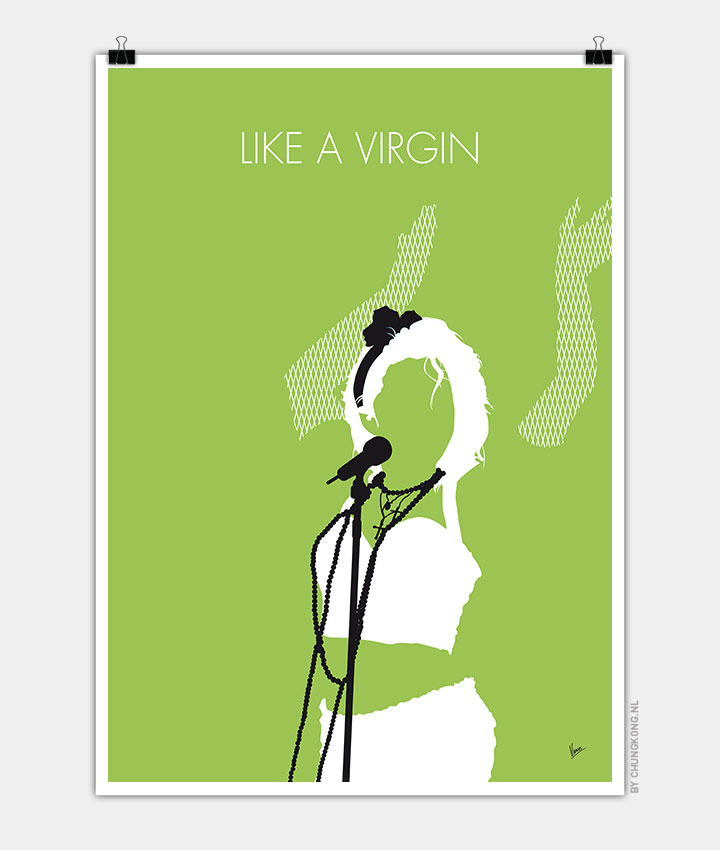 “Like a Virgin” is a song recorded by American singer Madonna for her second studio album Like a Virgin (1984). It was released on October 31, 1984, by the Sire label as the album’s lead single. The song was written by Tom Kelly and Billy Steinberg, and produced by Nile Rodgers; Steinberg said that the song was inspired by his personal experiences of romance. “Like a Virgin” was chosen for Madonna by Michael Ostin of Warner Bros. Records after listening to a demo sung by Kelly. However, Rodgers initially felt that the song did not have a sufficient hook and was not suitable for Madonna, but subsequently changed his opinion after the hook was stuck in his mind.

Musically, “Like a Virgin” is a dance-oriented song, composed of two hooks. Madonna’s voice is heard in a high register while a continuous arrangement of drums are heard along the bassline. The lyrics of the song are ambiguous and consist of hidden innuendo, interpreted in different ways. “Like a Virgin” received positive reviews from contemporary as well as past critics, who frequently called it as one of the defining songs for Madonna. It became her first number-one single on the Billboard Hot 100, while reaching the top of the charts in Australia, Canada and Japan, and the top-ten of other countries.