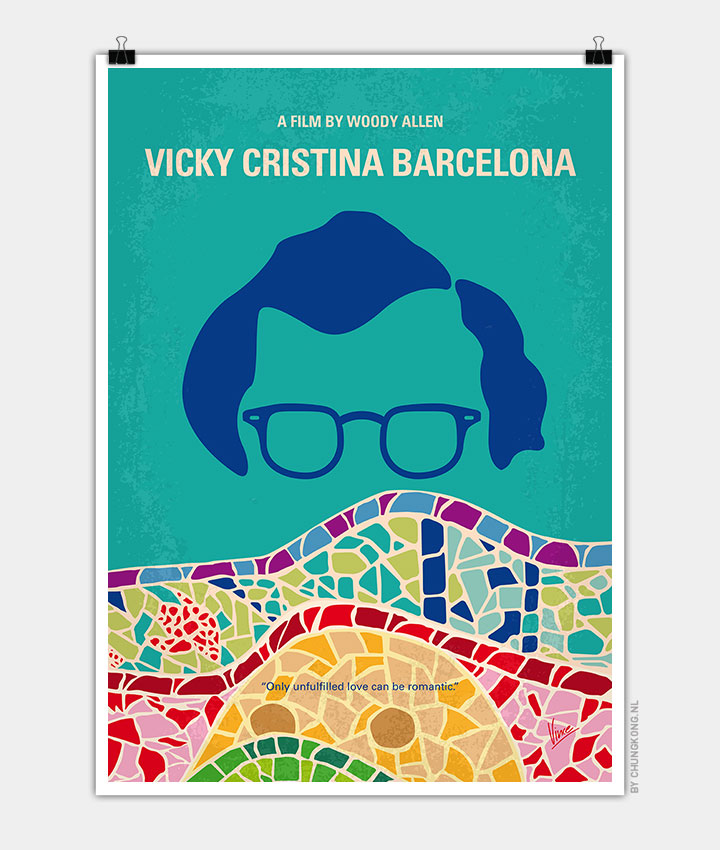 “Only unfulfilled love can be romantic.”

Two friends on a summer holiday in Spain become enamored with the same painter, unaware that his ex-wife, with whom he has a tempestuous relationship, is about to re-enter the picture.

Storyline
New York friends Vicky and Cristina are spending the summer in Barcelona. One of their differences in life is the type of man to who they are attracted. For Cristina, she feels that being hurt in the search for love – which usually means being attracted to dangerous men – is what is required to find that true passion. Vicky, on the other hand, needs a certain grounding in love, which usually equates itself to being attracted to stable, safe men. Vicky is engaged to stable, safe Doug, the two who plan to get married in the fall after Vicky’s return to New York. At an art showing in Barcelona, Cristina is immediately attracted to Juan Antonio, an artist she sees across the room. That attraction is strengthened when he later approaches Vicky and Cristina together, proposing they go away together to Oviedo for the weekend, which would include him having sex with both. Despite no guarantees of sex, Cristina wants to go, with a reluctant Vicky, who is incredulous to Juan Antonio’s offer, tagging along. When Vicky is forced to spend some extended time alone with Juan Antonio that weekend, she finds that she too is beginning to have strong romantic feelings for him, which she doesn’t tell Cristina. Vicky has to figure out what to do about her feelings, especially as Doug suggests coming to Barcelona himself so that they can get married there, and as Judy, the friend with who Vicky and Cristina are staying, makes a confession. Conversely, Cristina’s pursuit of romance with Juan Antonio is complicated by the arrival of Maria Elena, Juan Antonio’s artist ex-wife, whose relationship with Juan Antonio was characterized by extreme passion which often crossed the line into violence.