No1164 My Halloween minimal movie poster 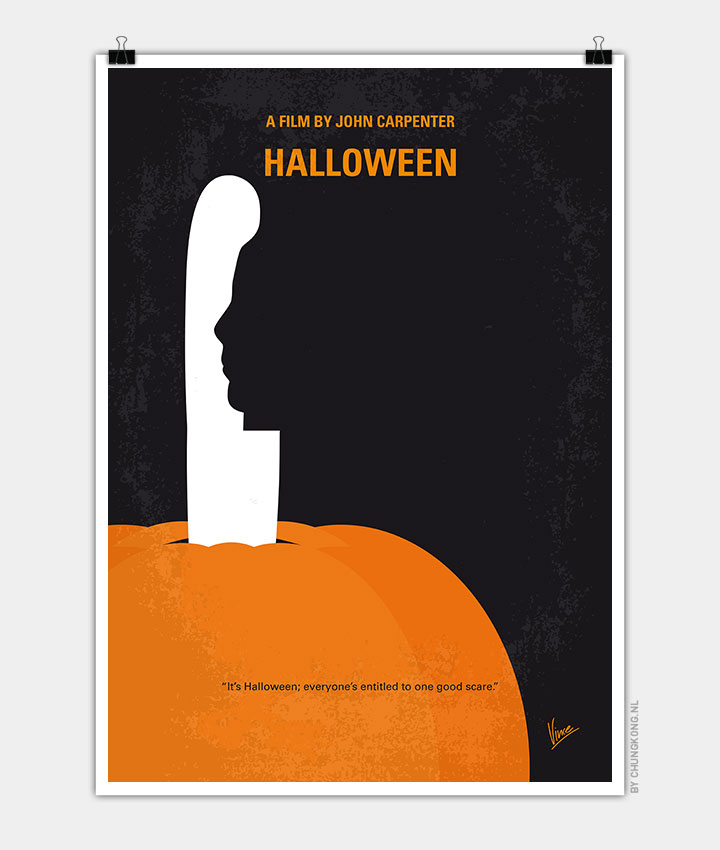 Fifteen years after murdering his sister on Halloween night 1963, Michael Myers escapes from a mental hospital and returns to the small town of Haddonfield, Illinois to kill again.

Storyline
In 1963, Michael Myers stabbed his 15 year-old sister to death. He was institutionalized and according to his doctor, Sam Loomis, is the personification of evil. On the day before Halloween 15 years later, Myers manages to escape and heads for his home town. On Halloween night, he goes on a rampage while Loomis and the local sheriff search Myers’ neighborhood for him. Meanwhile Laurie Strode, a serious student who rarely goes out on dates, is babysitting a neighbor’s child. Little does she know the danger she is in.