No1169 My Joker minimal movie poster 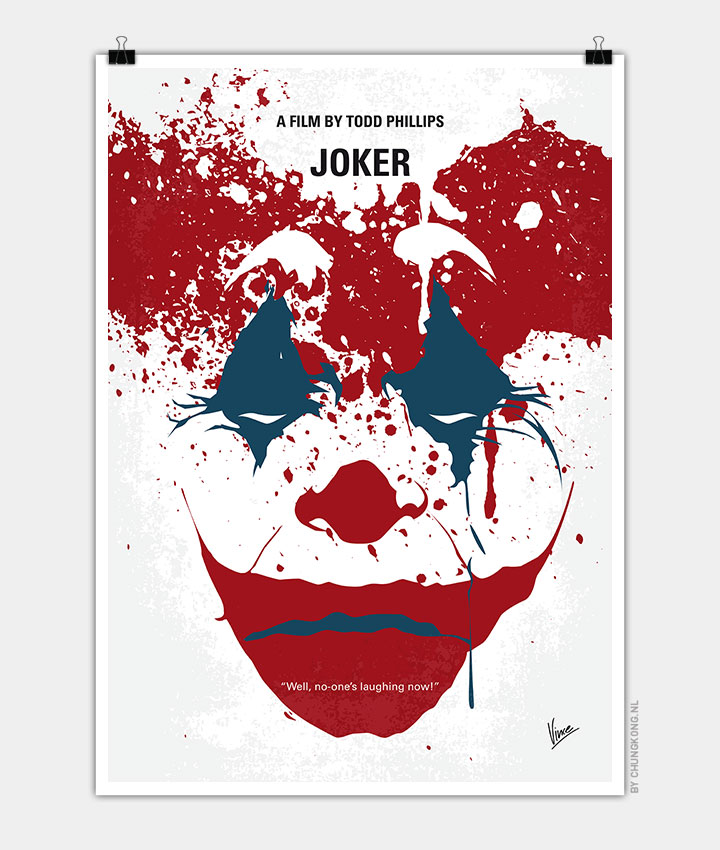 In Gotham City, mentally troubled comedian Arthur Fleck is disregarded and mistreated by society. He then embarks on a downward spiral of revolution and bloody crime. This path brings him face-to-face with his alter-ego: the Joker.

Storyline
Struggling to make people laugh in grim early-1980s Gotham City, the mentally ill street clown and failed stand-up comedian, Arthur Fleck, wears his smudgy makeup every day to eke out an existence. Mocked, bullied, and above all, marginalised, Fleck’s slippery grip on reality will pave the way for a gradual descent into a dark world of unrestrained violence, as a loaded revolver enters the picture offering the long-awaited liberation. Then, the medications stopped working, and troubled Arthur’s fierce hatred seems to be the only way out. Is the world prepared for the gloriously malevolent advent of the grinned super-villain, Joker?