No1170 My Fanboys minimal movie poster 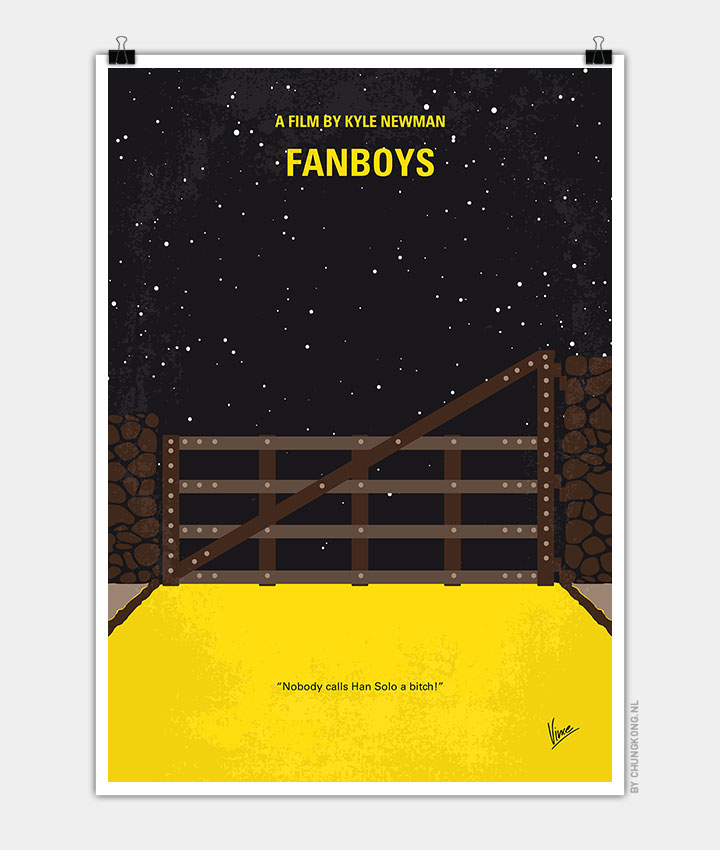 “Nobody calls Han Solo a bitch!”

Star Wars fanatics take a cross-country trip to George Lucas’ Skywalker Ranch so their dying friend can see a screening of Star Wars: Episode I – The Phantom Menace (1999) before its release.

Storyline
A group of friends who are avid “Star Wars” fans travel west to see the Holy Grail of all sci-fi movies, “Star Wars: Episode I.” The year is 1999 and for these death star dorks, the “Star Wars” films are more than just movies; they are a way of life. So, after one of the group takes sick, it is nothing short of a moral imperative that the friends break into George Lucas’ Skywalker Ranch to watch the seminal sci-fi picture together before its release. Enlisting the help of an estranged friend, who has traded in his Darth Vader mask for a proper day job, the adventure lays way to some extremely funny situations, including an outrageous brawl with some hard-core Vader.