No1173 My The Other Guys minimal movie poster 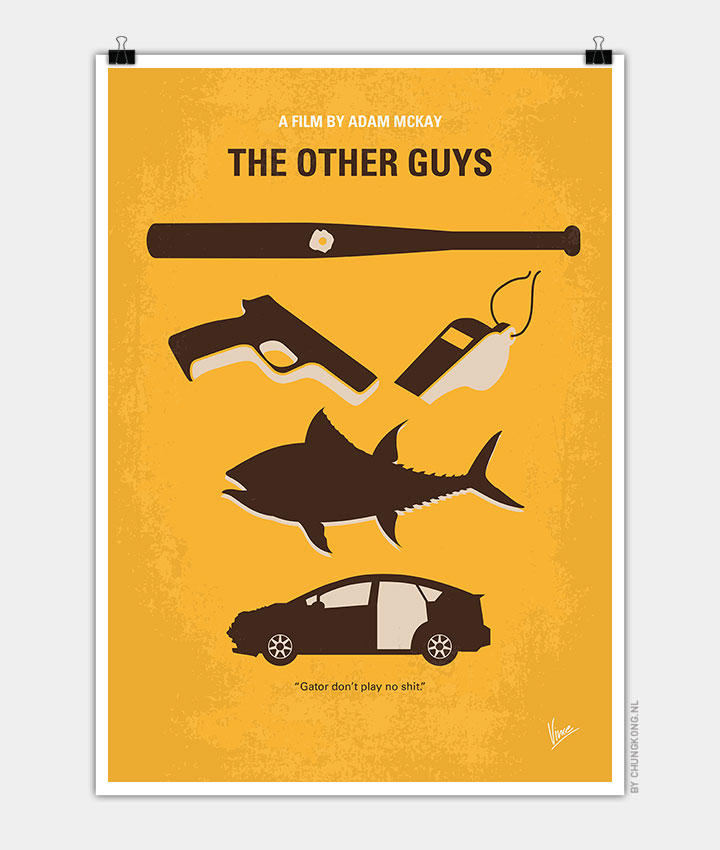 Two mismatched New York City detectives seize an opportunity to step up like the city’s top cops, whom they idolize, only things don’t quite go as planned.

Storyline
Officers Danson and Highsmith are the two best cops that New York City has to offer. However when they take on an assignment that proves for them to be too much to handle, they are killed in the line of duty. With New York now devoid of its heroes, a void needs to be filled. The entire department is scrambling to fill the fallen heroes’ shoes.

But now Alan Gamble, a seemingly bland and dull forensics accountant, and his partner Terry Hoitz, who earned the nickname “The Yankee Clipper” and is universally known for having shot Derek Jeter during game 7 of the World Series, have broken the case open thanks to Gamble’s investigation of faulty scaffolding equipment. Now desperate to see some action, Gamble and Hoitz will leave their desks to take on the case of a lifetime that will see their partnership come to the ultimate test, as well as the relationships they have with their significant others. Will Gamble and Hoitz live to tell about it, or will they just be the other guys?