No1175 My The gentlemen minimal movie poster 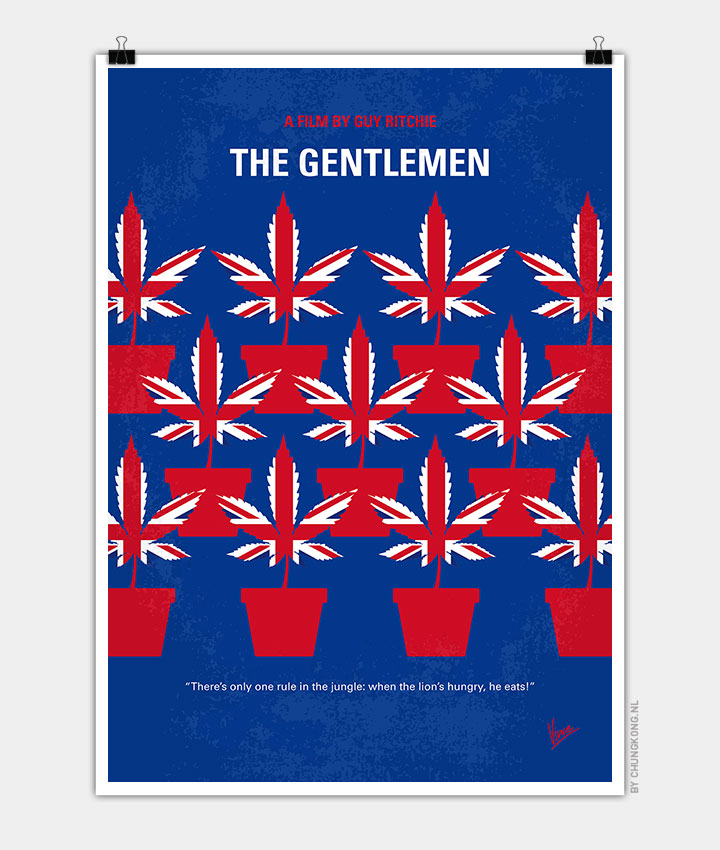 An American expat tries to sell off his highly profitable marijuana empire in London, triggering plots, schemes, bribery and blackmail in an attempt to steal his domain out from under him.

Storyline
A talented graduate of Oxford, using his unique mind and unprecedented audacity, came up with an illegal enrichment scheme using the estate of an impoverished English aristocracy. However, when he decides to sell his business to an influential clan of billionaires from the United States, no less charming but tough gentlemen stand in his way. An exchange of courtesies is planned, which certainly will not do without shootings and a couple of accidents.