No1177 My I Am Legend minimal movie poster 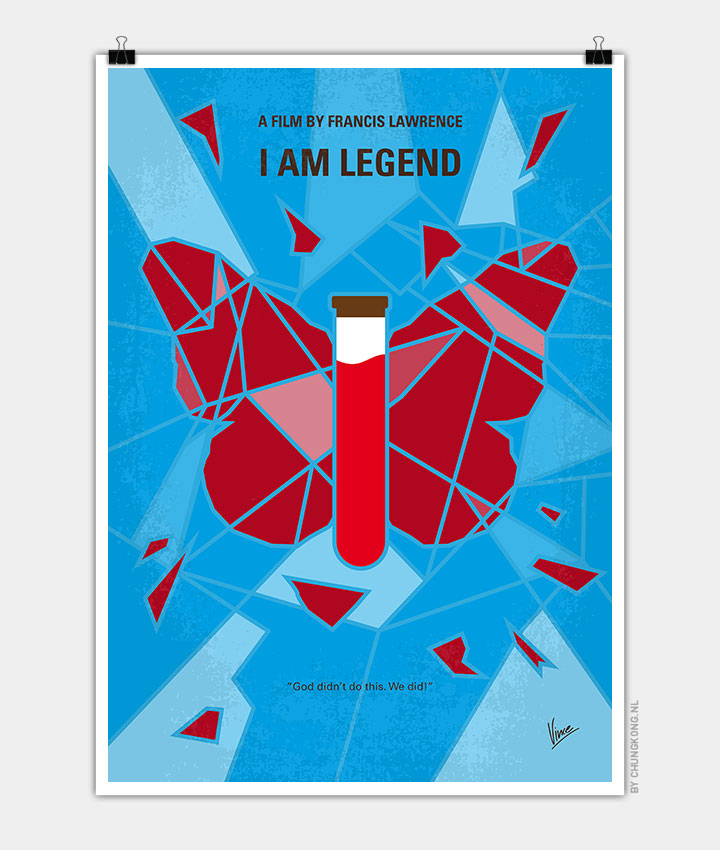 Years after a plague kills most of humanity and transforms the rest into monsters, the sole survivor in New York City struggles valiantly to find a cure in this post-apocalyptic action thriller.

Storyline
Meandering through a barren and ravaged post-apocalyptic Manhattan rendered uninhabitable by a virulent genetically mutated plague, the brilliant virologist and sole survivor, Robert Neville, still hopes to find signs of life, three long years after the devastating outbreak. When the sun is high, the resilient doctor along with his trusted German Shepherd, Samantha, comb the deserted streets scavenging for food, as the cure for the ravenous mutants, that were once humans, is still out of reach. However–vastly outnumbered, scared to death, yet determined to prevail–Robert knows that, sooner or later, there will be no place to hide; then, the only living man in New York will have to make his tragic and heroic last stand against the dangerously resourceful adversary. Is Dr Neville humanity’s last hope?