No1179 My The Coldest Game minimal movie poster 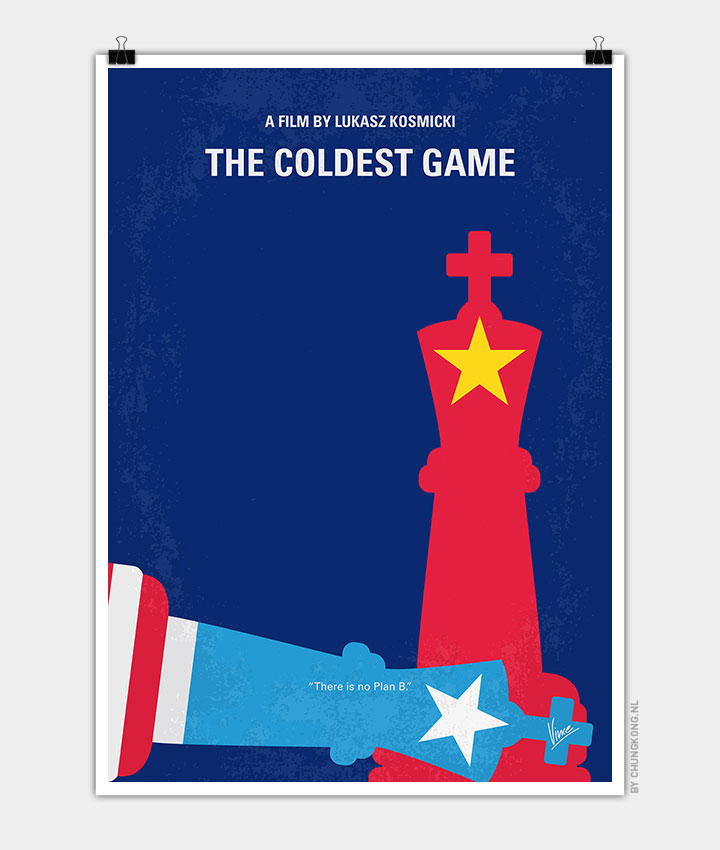 During 1962’s Cuban missile crisis, a troubled math genius finds himself drafted to play in a U.S.-Soviet chess match — and a deadly game of espionage.

Storyline
Playing a major chess match in Warsaw against the Russian champion, brilliant but forgotten former US champion, and alcoholic, Josh Mansky is sucked into the world of espionage and conflict between the world’s superpowers. As the military crisis escalates the chess match takes on unimaginable importance. The Americans are in danger of losing both games – the chess game and the one for world domination.