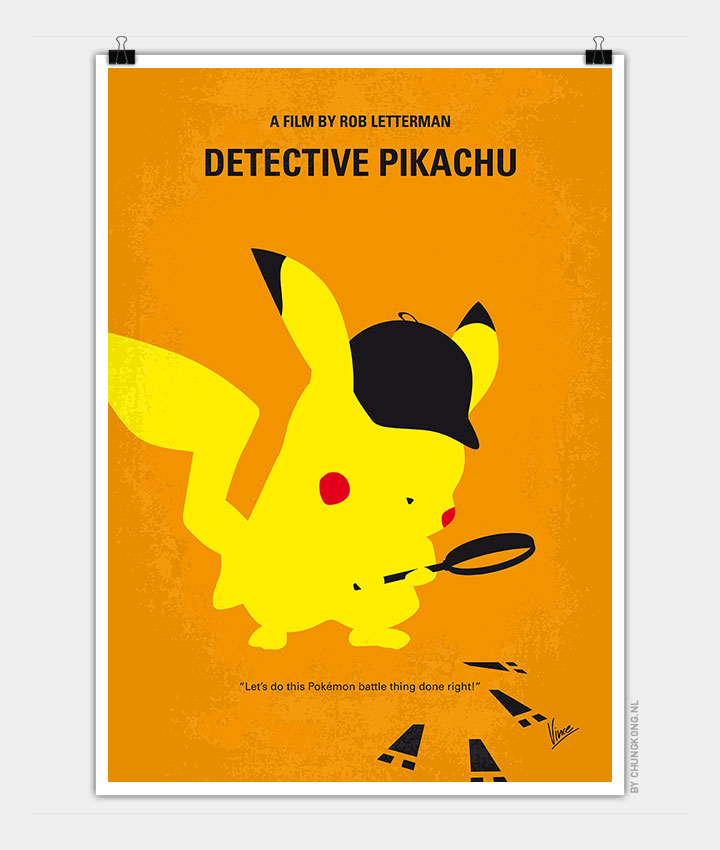 In a world where people collect Pokémon to do battle, a boy comes across an intelligent talking Pikachu who seeks to be a detective.

Storyline
Tim lives in Ryme city where humans and Pokémon live together. Tim and his friend catches Pokémon to battle with other Pokémon trainers. Tim’s father Harry died in a car accident. Tim meets ‘Pikachu’ a talking Pokémon who wants to become a detective. Tim joins with Pikachu and meets Howard who was Harry partner to study Harry’s car accident mystery. Howard reveals that Mewtwo was responsible for Harry’s car accident. But at the scene of the car crash and finds out that it was the Greninja (A water type Pokemon), not Mewtwo, who was responsible. Tim finds out that Howard was the true mastermind who took control of Mewtwo’s body using a mind helmet. Howard while controlling Mewtwo’s body release R gas in air to convert humans into Pokémon. Pikachu battles with Mewtwo with his electrical powers.

Tim manages to remove Howard’s helmet freeing Mewtwo from mind control. Mewtwo restores the city control and converted Pokémon’s back to humans. Mewtwo reveals that Harry was trying to save Mewtwo from Howard’s control but was attacked by Greninja resulting in Harry’s car accident. So in order to save Harry, Mewtwo has to fuse Harry’s body with Pikachu. Mewtwo separates Harry’s and Pikachu’s body and reunite Tim with his father. Tim becomes a detective and stays back in Ryme City with his father and Pikachu.