No1188 My The Specialist minimal movie poster 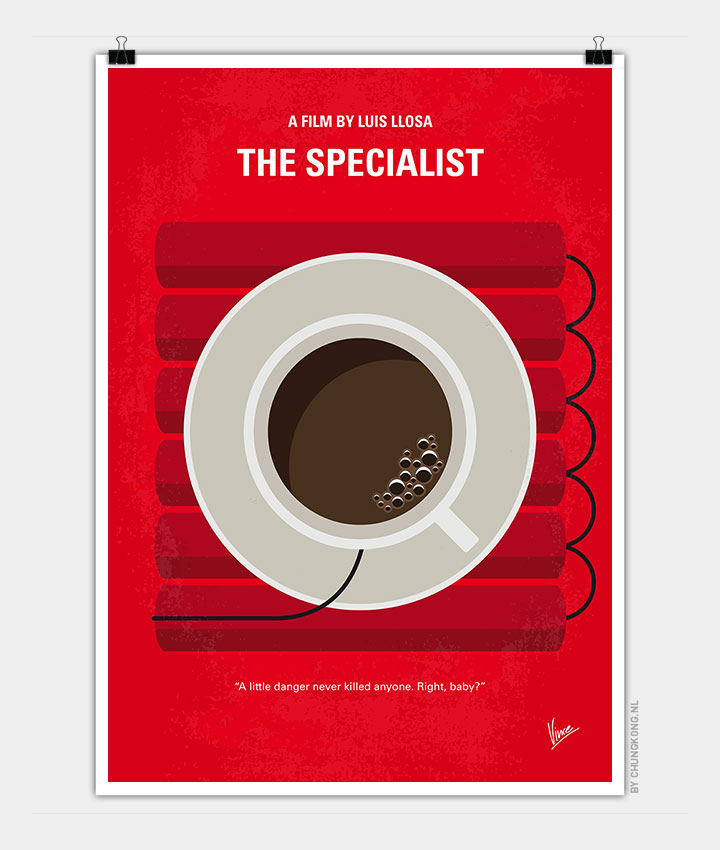 A woman entices a bomb expert she’s involved with into destroying the mafia that killed her family.

Storyline
Ray Quick is a former CIA explosives expert turned bomber-for-hire living in Miami, Florida. Ray’s latest client is a beautiful woman named May Munro, May hires Ray to assassinate Miami mobsters who murdered her parents when she was a child. Agreeing, Ray eliminates the three mobsters one-by-one and blows them up. But things go from bad to worse, one of the mobsters Ray has killed is Tomas Leon, the son of Miami crime boss Joe Leon and Ned Trent, a vicious and crooked Ex CIA agent (Ray’s former college) is working for the Miami mob and was Tomas’s bodyguard, has been assigned by Joe to find the bomber-for-hire who killed his son and his two employees. Ray becomes distrustful and suspicious of May, and suspects May has set him up and is working for Ned who is out to get his revenge on Ray.