No1189 My One Million Years BC minimal movie poster 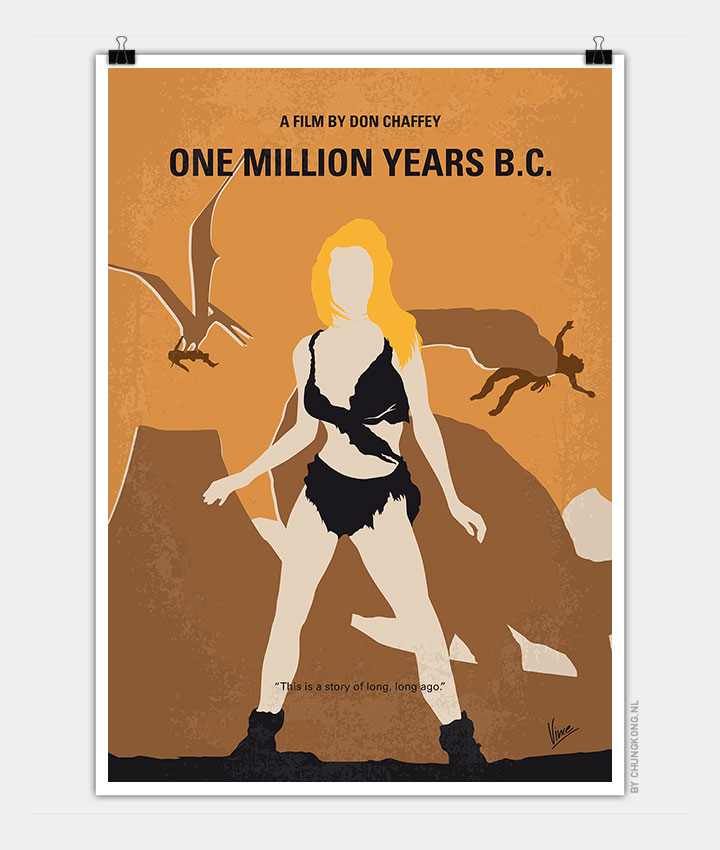 Prehistoric man Tumak (John Richardson) is banished from his savage tribe and meets pretty Loana (Raquel Welch), who belongs to a gentler coastal tribe but he must fight caveman Payto (William Lyon Brown) to win her favors.

Storyline
Tumak (John Richardson), a member of the Rock Tribe, is expelled from their cave after running afoul of their leader Akhoba (Robert Brown), who also happens to be his father. After several days of wandering, he stumbles upon several female members of the Shell Tribe, a group that lives on the coast. Loana (Raquel Welch), the daughter of the Chief, sees that he is in terrible shape from his ordeal and nurses him back to health. This causes her betrothed, Payto (William Lyon Brown), to become jealous and eventually the two of them get into a major fight and Tumak (John Richardson) is expelled as a result.

However, Loana decides to join him and follows him back to the caves of his people. While there Loana teaches the Rock people civility and this causes Tumak to become the new leader (Akhoba was severely injured while Tumak was away). This doesn’t sit well with Tumak’s brother Sakana (Percy Herbert), who begins to plot to have Tumak overthrown.