No1190 My King of Thieves minimal movie poster 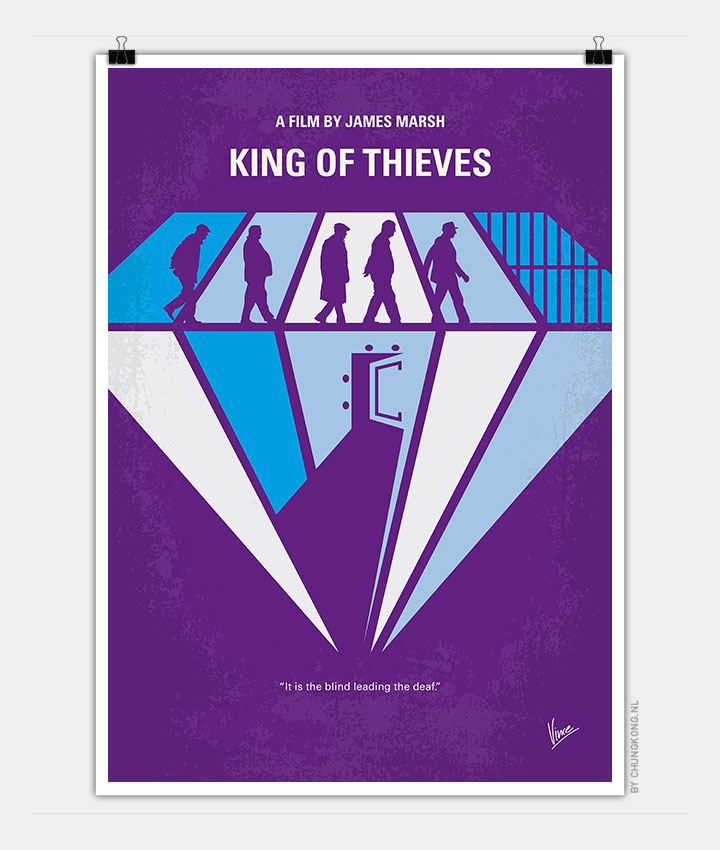 A true crime movie about a crew of retired crooks who pull off a major heist in London’s jewelry district. What starts off as their last criminal hurrah, quickly turns into a brutal nightmare due to greed. Based on infamous true events.

Storyline
Based on infamous true events, a famous thief, Brian Reader (Sir Michael Caine), pulls together a band of misfit criminals to plot the biggest bank heist in British history. The thieves manage to escape with allegedly over two hundred million British pounds worth of stolen jewels and money. When Police are called to the scene and the investigation starts, the cracks between the eccentric gang members begin to show as they row over how to share the goods and become increasingly distrustful of each other.