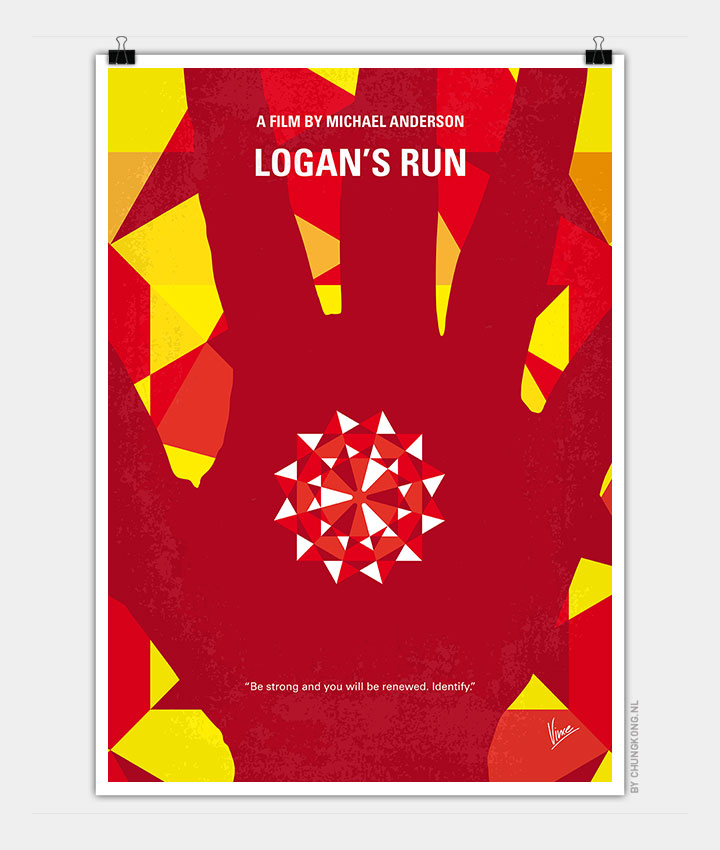 An idyllic science fiction future has one major drawback: life must end at the age of thirty.

Storyline
In the twenty-third century, the survivors of a holocaust now live within a domed city that is sealed off from the outside world. In the domed city, men and women live in a society where you can only live until you are thirty-years-old (due to population control and limited resources), the people have two choices: They can either take part in a extermination ceremony called “carrousel”, where they are promised a “rebirth”, or they can go on the run and escape to outside the domed city. Logan 5 (Michael York) is a Sandman, an elite policeman whose job is terminate all “runners” who refuse to be exterminated on “carrousel” and escape to outside the city. When Logan finds a symbol, the computer that controls all life in the city, gives Logan an undercover assignment to find and destroy a mysterious place called “Sanctuary” by posing as a runner, by removing the last four years of his life from his life crystal. Now on the run, and hunted by his partner and best friend Francis 7 (Richard Jordan), Logan and a woman named Jessica 6 (Jenny Agutter), working for a underground resistance group that are helping all runners search for Sanctuary, escapes from the domed city and find themselves in a devastated Washington, D.C., where Logan and Jessica discover another world and find there is much to live for, and Logan begins to question the system.