No1196 My Carrie minimal movie poster 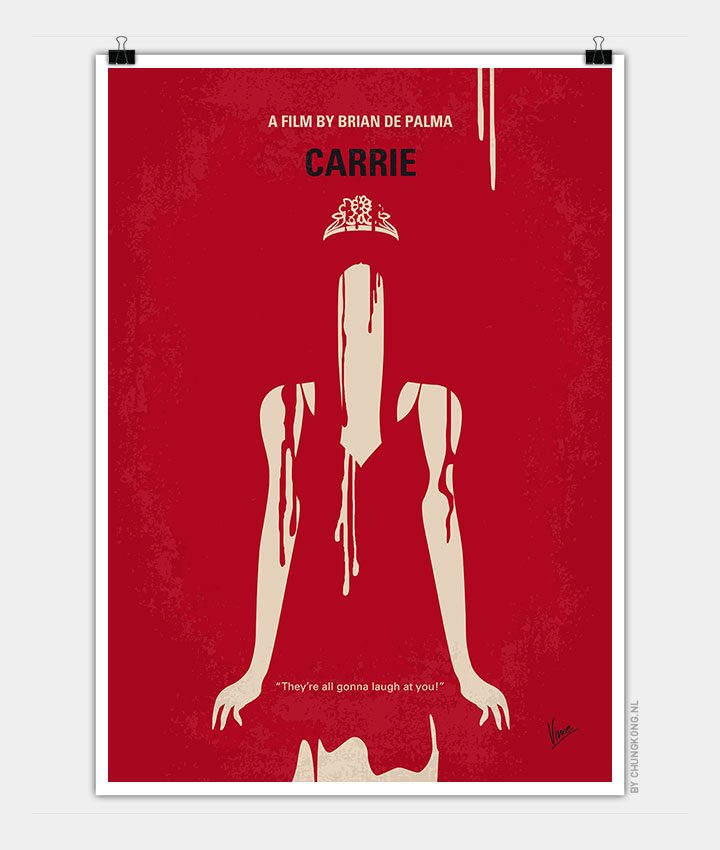 Carrie White, a shy, friendless teenage girl who is sheltered by her domineering, religious mother, unleashes her telekinetic powers after being humiliated by her classmates at her senior prom.

Storyline
Carrie White is the outsider of her class. She’s a mousy girl, all of her classmates hate her, and her mother is a religious fanatic who walks around in a black cape. After she unexpectedly has her first period, she is teased by the girls more ruthlessly than before. The gym teacher punishes the girls that were involved and one of them, Sue Snell, feels sorry for what she did and asks her boyfriend to take Carrie to the prom instead of her. But another girl that has been banned from the prom, Chris Hargenson, isn’t so forgiving and hatches an evil plan with her boyfriend that involves Carrie and a bucket full of pig’s blood. But what none of the students realize is that Carrie has the power of telekinesis, the power to move things with your mind, and that when you make her angry, she transforms from an innocent girl to a rage-filled monster. And this is gonna be a prom no one will ever forget.