No1202 My Valerian minimal movie poster 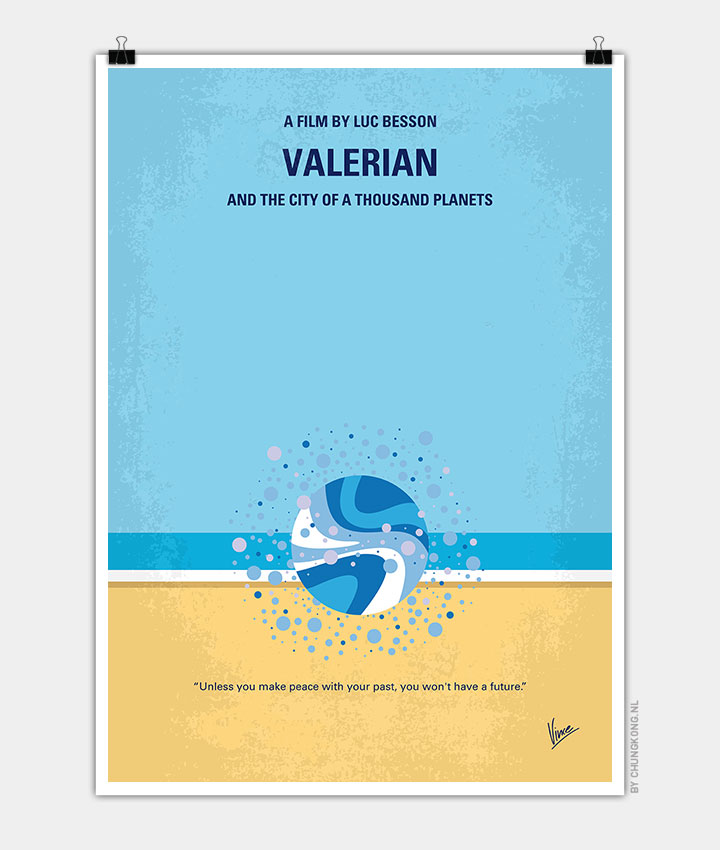 Valerian and the City of a Thousand Planets

A dark force threatens Alpha, a vast metropolis and home to species from a thousand planets. Special operatives Valerian and Laureline must race to identify the marauding menace and safeguard not just Alpha, but the future of the universe.

Storyline
In the twenty-eighth century, space station Alpha is a city where beings from different planets live together exchanging their knowledge and culture. Peace is granted by a human force, including Major Valerian (Dane DeHaan) and his partner Sergeant Laureline (Cara Delevingne). They are assigned by the Defense Minister (Herbie Hancock) to retrieve the last species of converter in a dangerous mission. They succeed and back to Alpha, unknown humanoids abduct Commander Arun Filitt (Clive Owen) expecting to steal the converter. They head to a forbidden area that is infected, but Valerian and Laureline follow them and disclose a hidden secret about the race and the infected area.