No1205 My Earth Girls Are Easy minimal movie poster 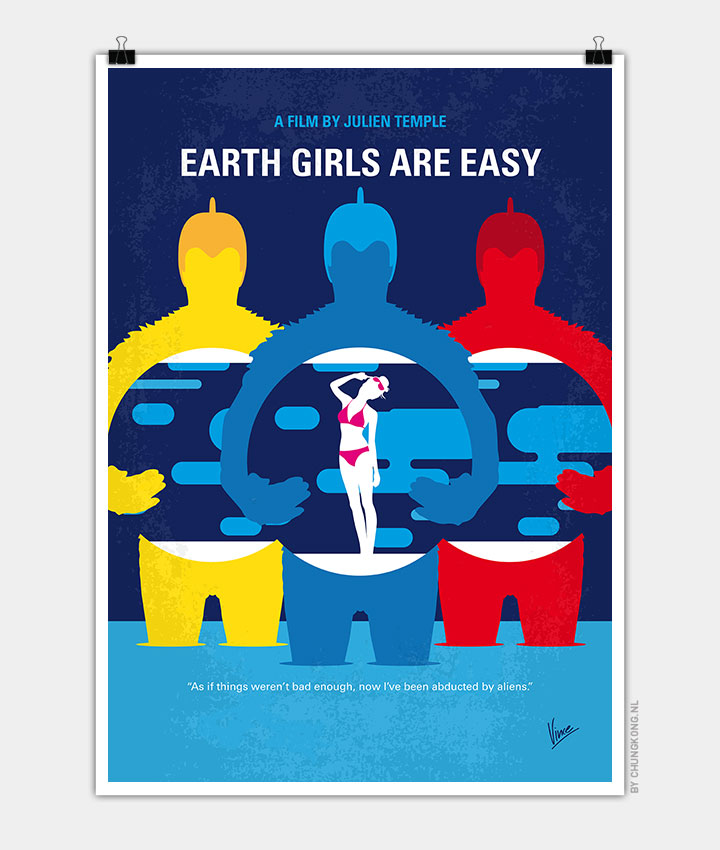 Storyline
Three furry (and funny) aliens travel around the universe in a spaceship and receive a broadcast showing human females. They are fascinated by these shapely creatures and discover that the broadcast came from Southern California on Earth.

Meanwhile, Valley girl Valerie Gail feels her cold fiancé Dr. Ted Gallagher is slipping away and decides to seduce him. Instead, she catches him cheating on her with a nurse, throws him out, smashes his things and refuses to see him again. The aliens’ spaceship crash lands in Valerie’s swimming pool – putting a decided damper on her future wedding plans in Las Vegas. She brings them into her home; and the aliens prove to be quick learners and absorb American popular culture and language through television.