No1206 My THE FUGITIVE minimal movie poster 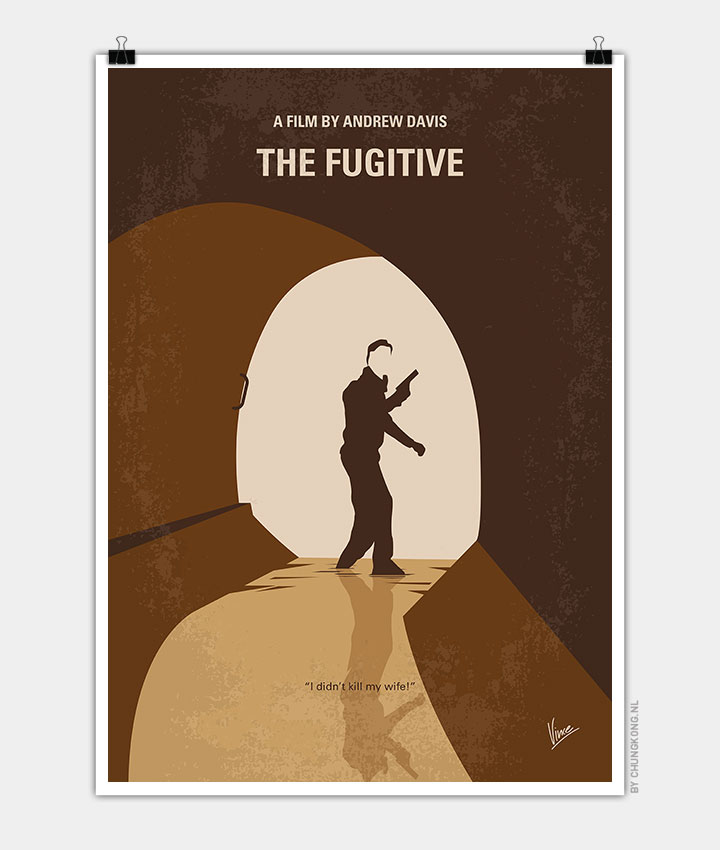 Dr. Richard Kimble, unjustly accused of murdering his wife, must find the real killer while being the target of a nationwide manhunt led by a seasoned U.S. Marshal.

Storyline
Dr. Richard Kimble is a well-known surgeon based out of Chicago who returns home from work one night to find his wife Helen was murdered. The killer, a one-armed man, manages to escape before police arrive. With a lack of evidence pointing to the one-armed man, Kimble is arrested and charged with murder.

On his way to prison, the bus he is in crashes, giving him the opportunity to escape. Kimble decides to find out who the real killer was and why his wife was murdered. Meanwhile, a US Marshal named Samuel Gerard and his team are tasked with finding Kimble and arresting him. However, the further he is to catching Kimble, the more Gerard is convinced he is innocent.