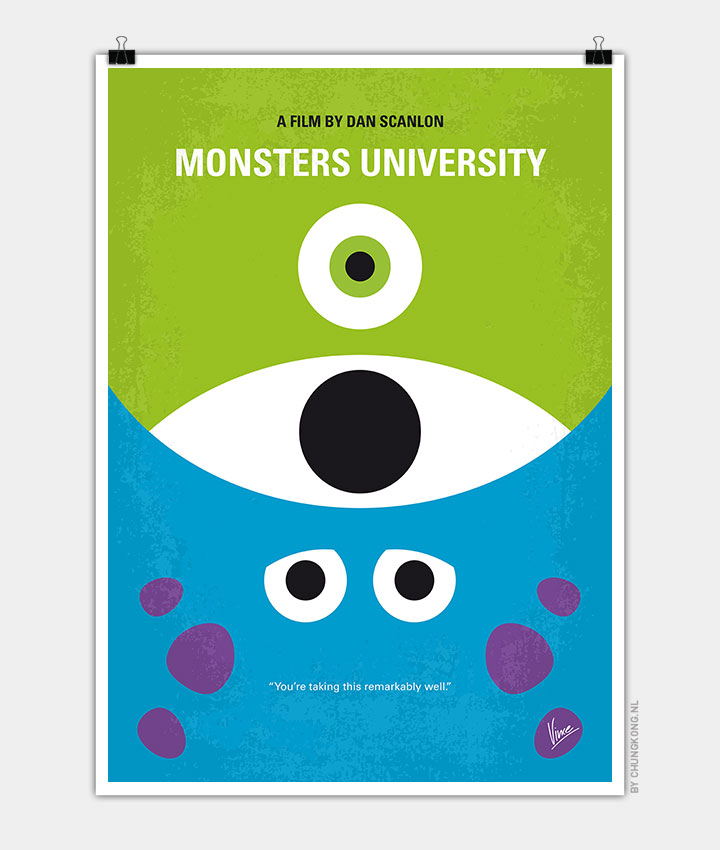 A look at the relationship between Mike Wazowski (Billy Crystal) and James P. “Sully” Sullivan (John Goodman) during their days at Monsters University, when they weren’t necessarily the best of friends.

Storyline
When Mike Wazowski (Billy Crystal) is young, he visits Monsters University on a tour of his primary school. A senior student gives his hat to Mike, and he plans to become a scary monster. Years later, Mike joins the Monsters University and on arrival, he receives a flier of the Scare Games that will take place soon in the campus. Mike also befriends his roommate Randall (Steve Buscemi). When the lazy student James P. “Sully” Sullivan (John Goodman), who belongs to a family of famous “scarers”, breaks into his room, they start a competition in class. Their dispute ends when they accidentally break the pride and joy of Dean Abigail Hardscrabble (Dame Helen Mirren), a cylinder with her greatest achievement – a powerful scream of a boy.

They are expelled from the scare classes by Hardscrabble who says that Sully is lazy and Mike is not scary, and they become enemies. When Mike recalls the Scare Games, he sees his only chance to return to the scare course. He makes the application to participate, but he learns that he needs a fraternity. Mike joins the Oozma Kappa that is the only fraternity available with four losers, but he is informed that the fraternity needs to have six members. Sully offers to complete the team and Mike has no other alternative but accept Sully in his team. Then he bets with Hardscrabble that if he wins the games, she will accept them in the scare classes. Soon the game begins.