No1208 My Interview with the Vampire minimal movie poster 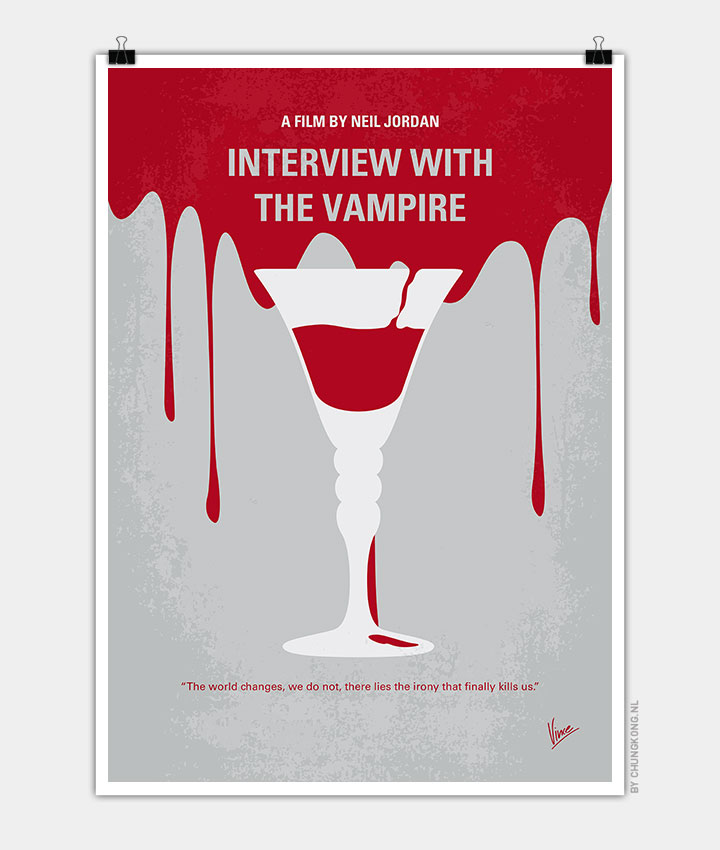 Storyline
In 1791, plantation owner Louis De Pointe Du Lac is unhappy with the life he has, until Lestat De Lioncourt comes into his life. Lestat, a vampire, allows Louis to make the decision of either death or life as a vampire forever. And not until his decision is already made, does Louis realize what he has become. He refuses to take human life and is about to leave when Lestat, being the clever being that he is, turns a little orphan girl into a vampire to make Louis stay.

The story is told by Louis in 1991 to an interviewer about the lives of himself, Lestat and Claudia through trouble, death, curse and love over the past 200 years.