No1209 My To Live and Die in LA minimal movie poster 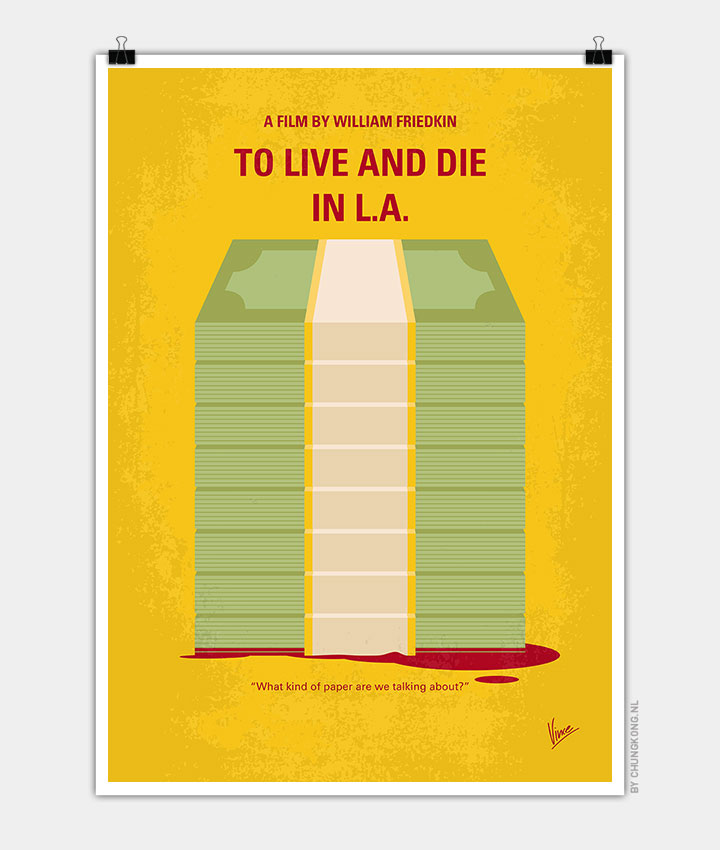 A fearless Secret Service agent will stop at nothing to bring down the counterfeiter who killed his partner.

Storyline
Working largely in cases of counterfeiting, LA based Secret Service agent Richie Chance exhibits reckless behavior which according to his longtime and now former partner Jimmy Hart will probably land him in the morgue before he’s ready to retire. That need for the thrill manifests itself in his personal life by his love of base jumping. Professionally, it is demonstrated by the fact that he is sextorting a parolee named Ruth Lanier, who feeds him information in return for him not sending her back to prison for some trumped up parole violation. With his new partner John Vukovich, Chance is more determined than ever, based on recent circumstances, to nab known longtime counterfeiter Ric Masters, who is more than willing to use violence against and kill anyone who crosses him. Masters is well aware that the Secret Service is after him. Masters’ operation is somewhat outwardly in disarray, with Chance being able to nab his mule, Carl Cody, in the course of moving some of the fake money, and one of his associates, a lawyer named Max Waxman, probably stealing money from him. Partly with information from Ruth, Chance is trying to find and exploit the weaknesses in Masters’ operation. To accomplish his goal, Chance takes more and more unethical and illegal measures, which may be problematic for Vukovich, who comes from a family of police officers who are sworn to uphold the law.