No121 MY Coldplay Minimal Music poster 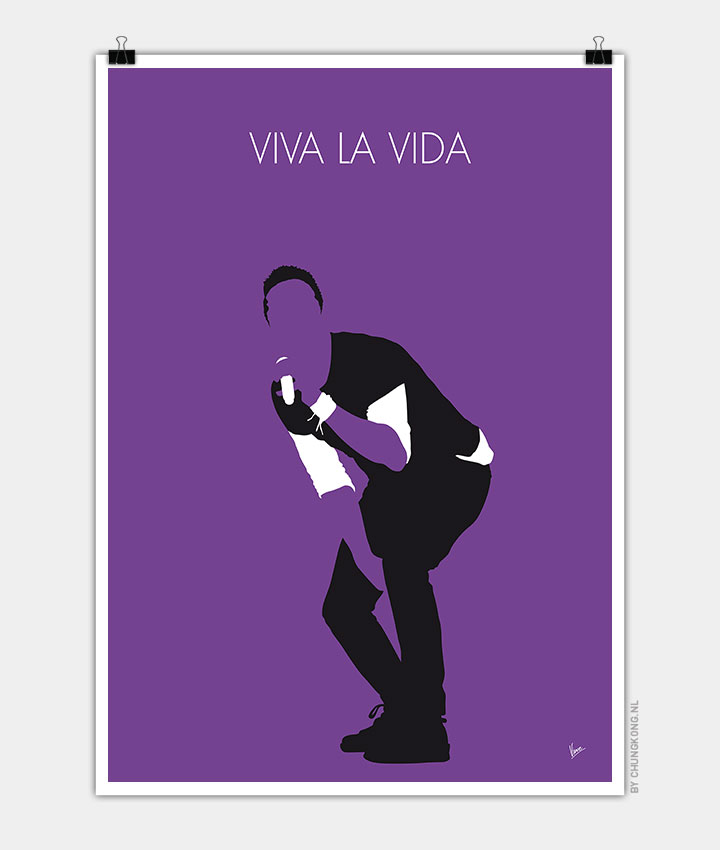 “Viva la Vida” is a song by the British rock band Coldplay. It was written by all members of the band for their fourth album, Viva la Vida or Death and All His Friends (2008), and was released as the second single from the album. On the album, this song segues directly into the next track, “Violet Hill”. Viva la Vida is Spanish for “Long Live Life” or “Live (the) Life”. It is recognized as one of Coldplay’s signature songs.

The lyrics to the song contain historical and Christian references, and the track is built around a looping string section in unison with a digital processed piano, with other layers gradually being added as the song builds.