No1210 My The Reader minimal movie poster 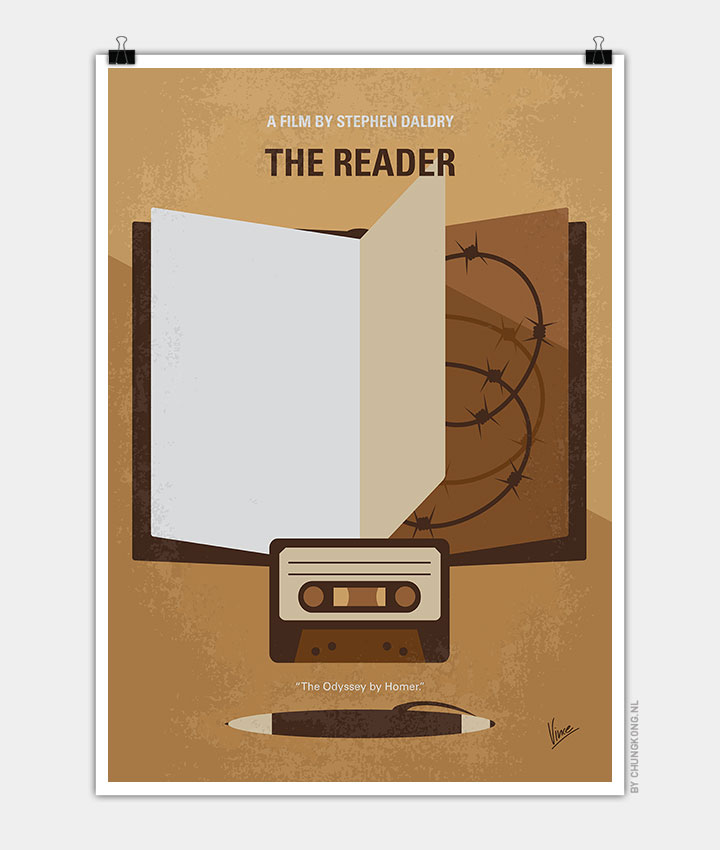 Post-WWII Germany: Nearly a decade after his affair with an older woman came to a mysterious end, law student Michael Berg re-encounters his former lover as she defends herself in a war-crime trial.

Storyline
On a rainy day in late-1950s Neustadt in West Germany, a shivering 15-year-old tram passenger, Michael Berg, chances upon the stern tram conductor and a woman six years more than twice his age, Hanna Schmitz. A few months later, a fragrant bouquet of flowers and an inadvertent glimpse of Hanna’s silken undergarments will prepare the ground for an unexpected and passionate summer-long love affair, accompanied by the life-changing ritual of having Michael narrate the classics to her. However, as their secret liaison mysteriously ends, the clandestine couple will meet again many years later, in 1966, when a now law student Michael sees a grizzled Hanna again, along with a group of Nazi SS prison guards while attending a war crimes trial. But, how can this be true, and above all, how can Michael come to terms with a dark past and an entire country’s shame and guilt?