No1212 My The Company Men minimal movie poster 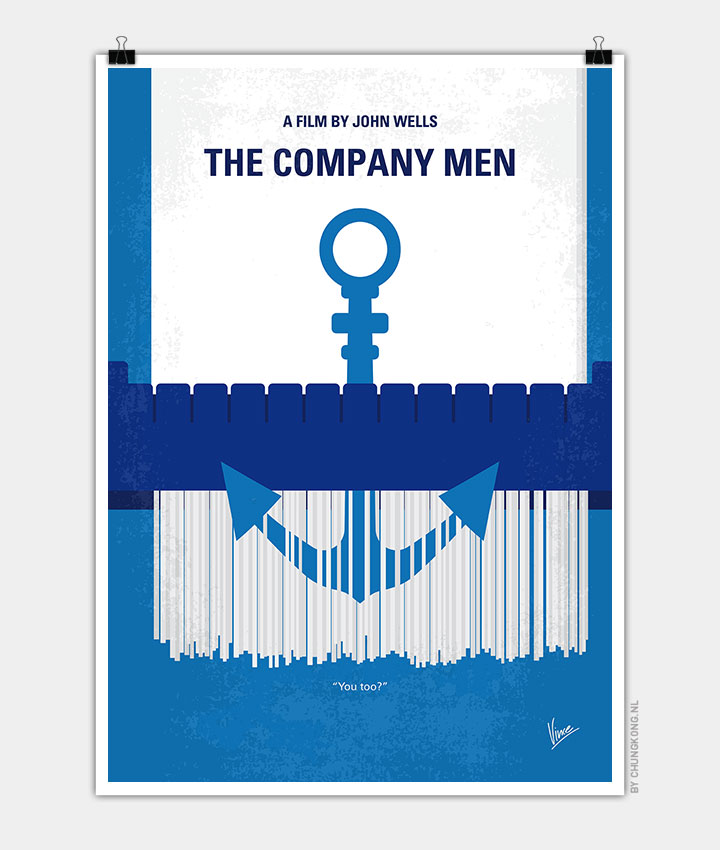 The story centers on a year in the life of three men trying to survive a round of corporate downsizing at a major company – and how that affects them, their families, and their communities.

Storyline
GTX is a conglomerate based in Boston. In difficult economic times including what some may see as mismanagement by those in power, the company has to restructure leading to several rounds of firings, while those let go may or may not know that the company founder and CEO James Salinger is still going ahead with the plan to build a new headquarters building which would include his lavish new office. The stories of three of those fired are told, each in executive positions earning six figures, each in different levels of the executive, and each at a different stage of their life and thus career.

In a changing job market than when they started working for GTX, they may have to reinvent themselves to get another job, which they may not be willing or able to do, especially if that reinvention does not afford them the lifestyle to which working for GTX has made them accustomed. Those who were fired in a later round of restructuring and thus who saw what happened to some of their colleagues let go in earlier rounds, may have a different perspective of their post GTX life.