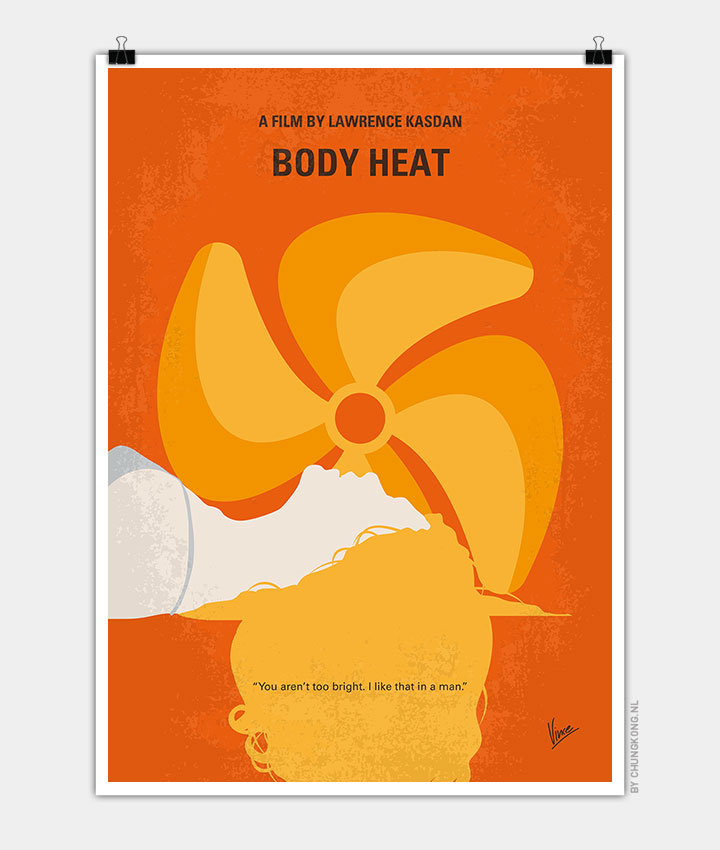 In the midst of a searing Florida heat wave, a woman persuades her lover, a small-town lawyer, to murder her rich husband.

Storyline
A heat wave has settled over the Florida coast. The heat doesn’t affect the overactive sex drive of womanizing Ned Racine, a somewhat inept Miranda Beach lawyer who has his own small law firm. Although he spies several women as possible conquests, the one he really has his sights set on is the beautiful Matty Walker, who he can tell comes from money by her appearance. She flirts with him despite his less than subtle come-ons and she thinking him simple minded. Ultimately she tells him that nothing will happen between them since she’s married, her wealthy businessman husband, Edmund Walker, who comes to their home in upscale Pinehaven only on the weekends if that at all. Despite Matty playing hard to get, which turns Ned on more, the two begin a passionate affair. She stipulates he can’t tell anyone of their affair, which is against the general behavior of telling his friends, public attorney Peter Lowenstein and police detective Oscar Grace. As their affair escalates into a declaration of love, it also turns to one of greed, wanting both each other and Edmund’s money. Since Matty signed a prenuptial agreement that would provide her nothing upon a divorce, they decide instead to murder Edmund. As they proceed with the plot, they encounter some unforeseen obstacles, including some the result of last minute changes to the plan by Matty without her notifying Ned beforehand. But after he is unable to heed the advice of Peter and Oscar, Ned comes to some realizations about what he’s gotten himself into. By that time, it may be too late both for himself and for Matty.