No1215 My The Big Easy minimal movie poster 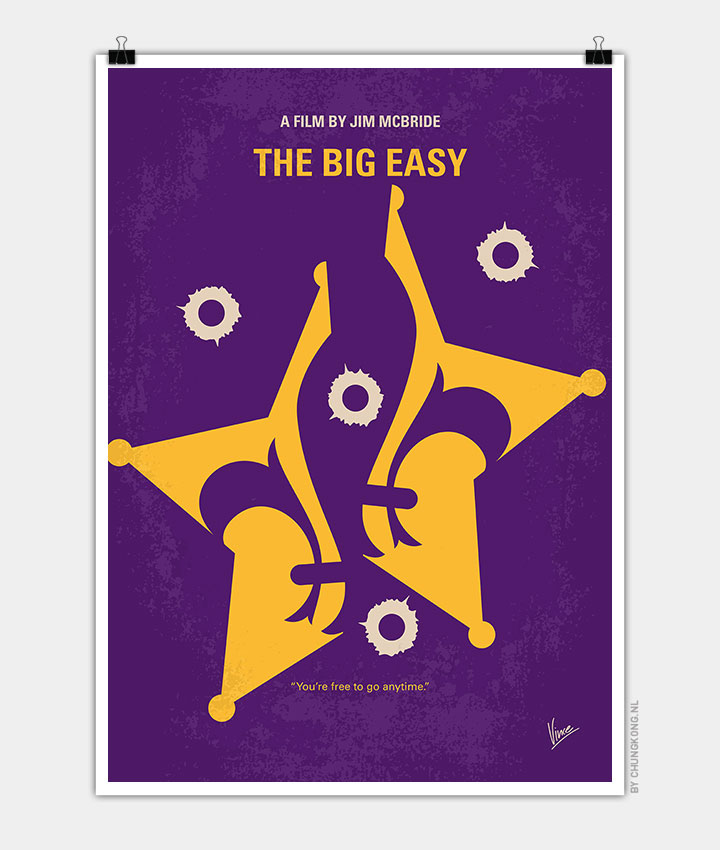 A corrupt lieutenant in the homicide division is threatened by the righteous DA while trying to solve a string of mysterious murders.

Storyline
Set in New Orleans. Remy McSwain, lieutenant in Homicide finds that he has two problems, the first of a series of gang killings and Ann Osborne, a beautiful attorney from the D.A.’s police corruption task force in his office. He begins a relationship with her as the killings continue only to have charges filed against him for accepting bribes as he stumbles on a police corruption Sting. While this is happening, the criminals insist that none of the crime gangs are behind the killings.