No1216 My Heathers minimal movie poster 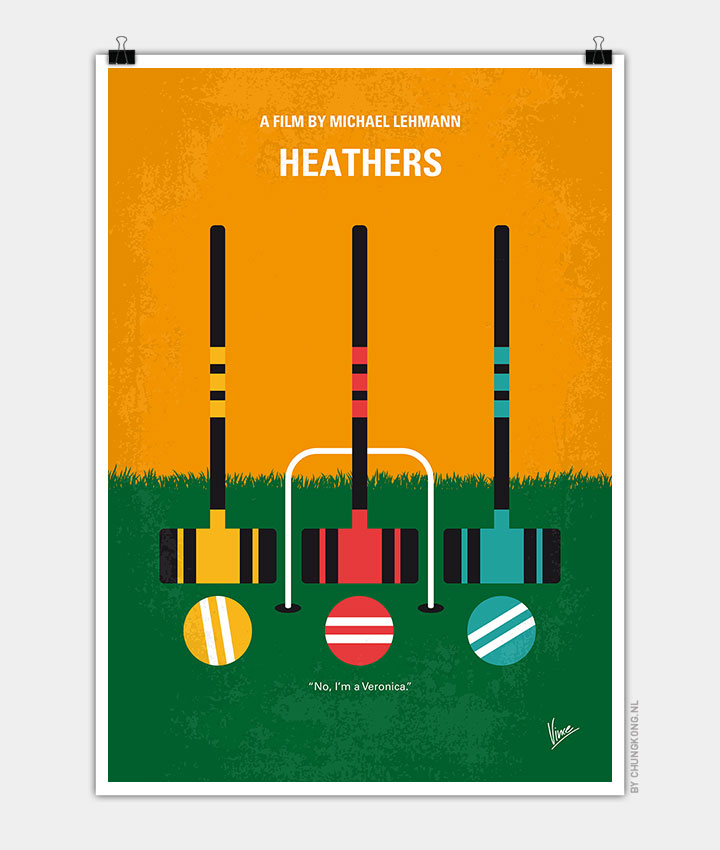 In order to get out of the snobby clique that is destroying her good-girl reputation, an intelligent teen teams up with a dark sociopath in a plot to kill the cool kids.

Storyline
Comprised of three affluent, beautiful, and snobbish girls with the same first name, Heather Chandler’s group is the most popular but feared clique in all of Westerburg High School. Despising herself for hanging out with the three socially sadistic Heathers, Veronica Sawyer joins forces with the alluring and mysterious newcomer, Jason Dean, to appease her newfound conscience, and to teach the pretty tyrants a lesson. Indeed, their scheme is foolproof, and at first, it’s all fun and games until someone accidentally ends up dead. But, now, there is no turning back. What happens if Jason and Veronica’s plan backfires?