No1217 My The Last Witch Hunter minimal movie poster 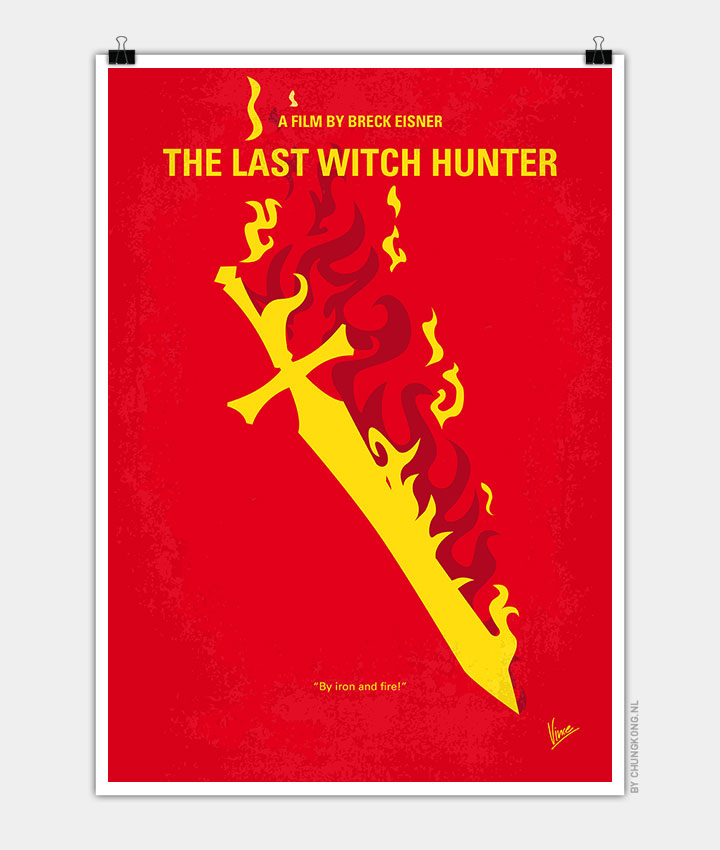 The last witch hunter is all that stands between humanity and the combined forces of the most horrifying witches in history.

Storyline
In the Middle Ages, the witch hunter Kaulder hunts down the Witch Queen with the inhabitants of towns devastated by the black plague that she had spread. The Witch Queen curses Kaulder with eternal life to make him suffer the loss of his wife and daughter for the eternity. Eight hundred years later, there is a balance in the world and the witches live peacefully among humans. The witch hunter Kauder and The Axe and Cross that judges and imprisons witches in the darkness are the responsible for keeping the world in peace. The priest Dolan 36th is the liaison between The Axe and Cross and Kauder, giving support and keeping the record of his life. On the same day of his retirement, Dolan 36th dies alone in his apartment. Kauder goes to his apartment with Dolan 37th to investigate his death and finds black magic in the spot. Further, he finds that Dolan 36th is still alive under a powerful spell. Now Kauder visits the witch Chloe, who owns a witch bar, to seek her help to recall his own death following clues left by Dolan 36th. However the bar is attacked and destroyed by the witch Beliel and Kauder leaves Chloe under his protection. When she uses her abilities to help Kauder, he learns a dreadful secret about his immortality.