No1218 My Big minimal movie poster 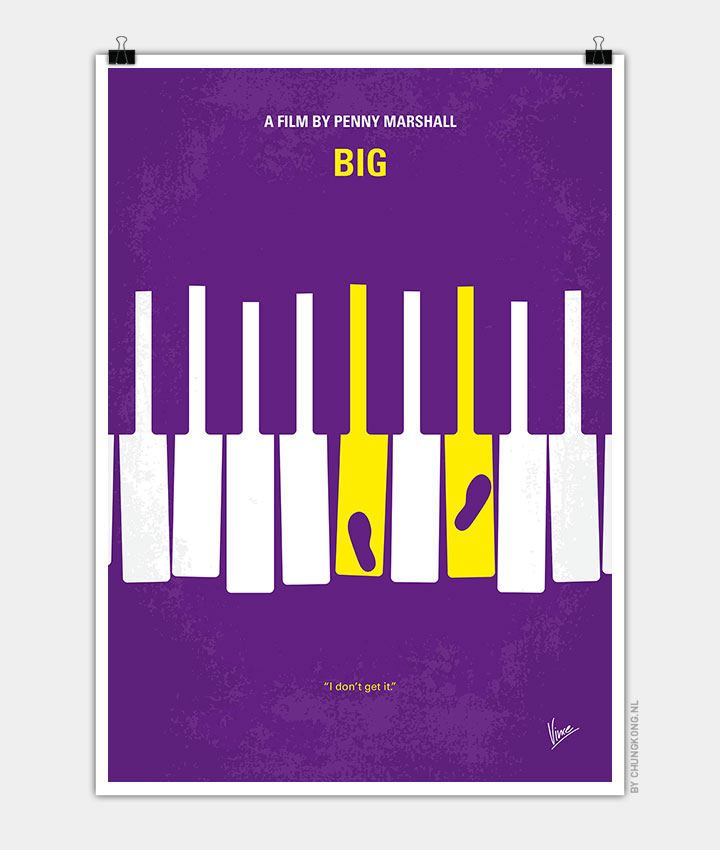 After wishing to be made big, a teenage boy wakes the next morning to find himself mysteriously in the body of an adult.

Storyline
Tired of being pushed around, the typical twelve-year-old boy, Josh Baskin, is convinced that all his problems would disappear if only he were an adult. Then, as if by magic, Josh receives a helping hand from Zoltar, a mysterious fortune-teller machine, and just like that, he wakes up the following morning in the body of a thirty-year-old version of him. At last, Josh’s wish came true beyond his wildest imagination; however, it seems that being a grown-up is not a walk in the park.

Now, the new Josh will have to look for a job, and above all, keep his extraordinary secret safe, as the perks of childhood slowly fade away. But, is this what Josh truly wished for?