No122 MY Beyonce Minimal Music poster 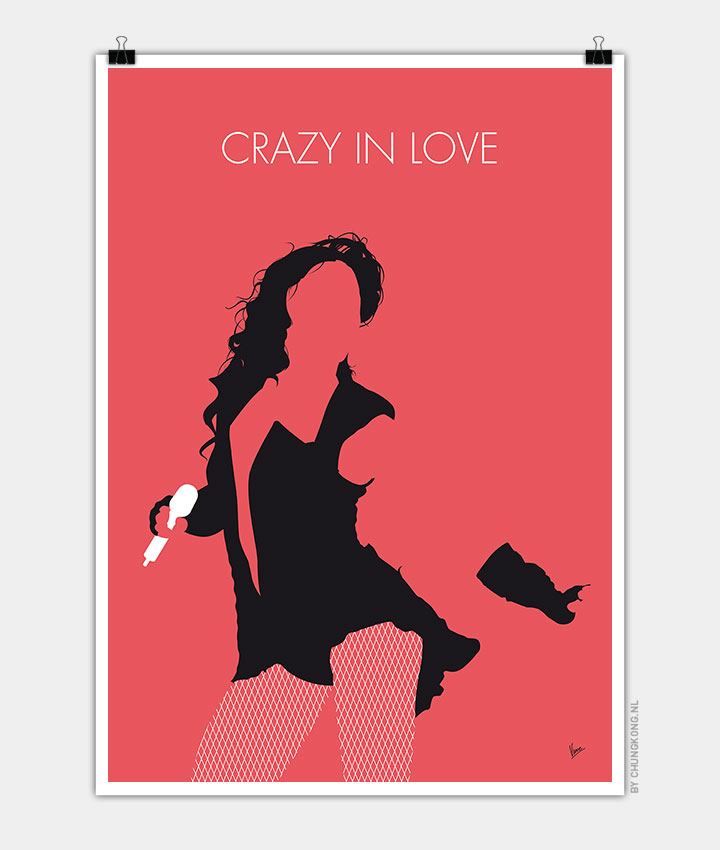 “Crazy in Love” is a song by American singer Beyoncé featuring American rapper Jay-Z, from Beyoncé’s debut solo studio album Dangerously in Love (2003). Both artists wrote and composed the song in collaboration with Rich Harrison and Eugene Record; the former also produced it with Beyoncé. Using samples from The Chi-Lites’s 1970 song “Are You My Woman (Tell Me So)”, “Crazy in Love” is an R&B and pop love song that incorporates elements of hip hop, soul, and 1970s-style funk music. Its lyrics describe a romantic obsession that causes the protagonist to act out of character.

Columbia Records released “Crazy in Love” as the lead single from Dangerously in Love in May 18, 2003. It was a number-one hit in the United States and United Kingdom, and achieved top-ten peaks on several other countries’s record charts. Music critics praised the hook, Jay-Z’s contribution, and Beyoncé’s assertive delivery of the lyrics. VH1 declared it the greatest song of the 2000s decade, while Rolling Stone ranked it as the 118th best song of all-time in 2010. At the 46th Grammy Awards, “Crazy in Love” won Best R&B Song and Best Rap/Sung Collaboration.