No1221 My Paddington minimal movie poster 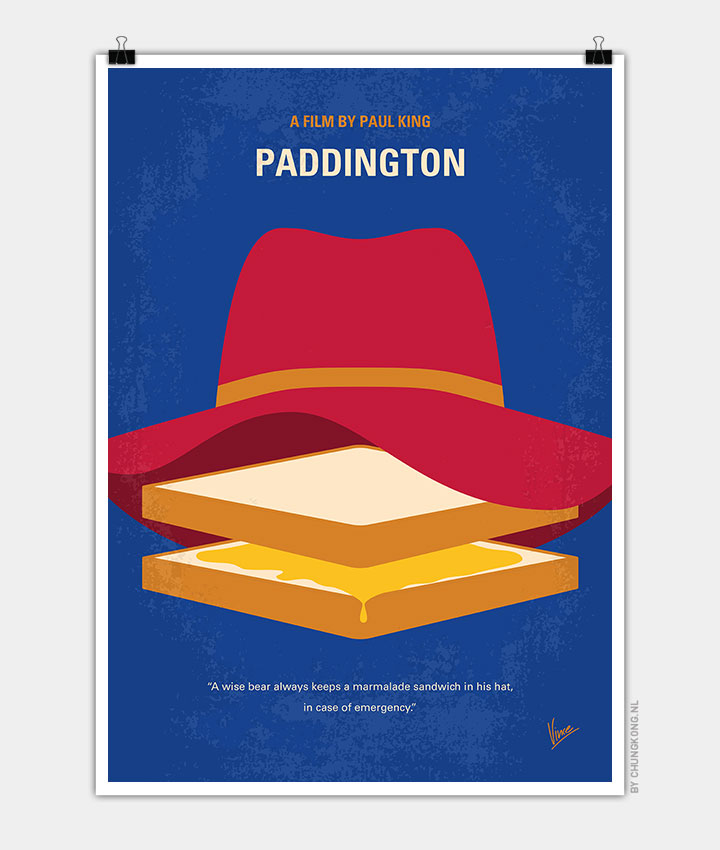 A young Peruvian bear travels to London in search of a home. Finding himself lost and alone at Paddington Station, he meets the kindly Brown family, who offer him a temporary haven.

Storyline
In the deep jungles of darkest Peru, British geographer Montgomery Clyde (Tim Downey) happens upon a previously unknown species of bear. He is about to shoot it, to take it back, as a specimen to the United Kingdom, when another bear playfully takes his gun away. He learns that this family of bears is intelligent and can learn English, and that they have a big appetite for marmalade. He names them Lucy (Imelda Staunton) and Pastuzo (Sir Michael Gambon). As he departs, he throws his hat to Pastuzo and tells the bears that they are always welcome should they wish to go to London.

Several years later, the two bears are living in harmony with their nephew when an earthquake strikes their home, forcing them to seek shelter underground. After being trapped by a falling tree, Uncle Pastuzo is unable to reach the shelter in time and dies from his injuries. The next morning, Uncle Pastuzo’s hat is found by his nephew, Paddington (Ben Whishaw). Aunt Lucy encourages her nephew to go and find solace in London, and stows him away on a cargo ship, after which she says she will move into the Home for Retired Bears.