No1223 My My Left Foot minimal movie poster 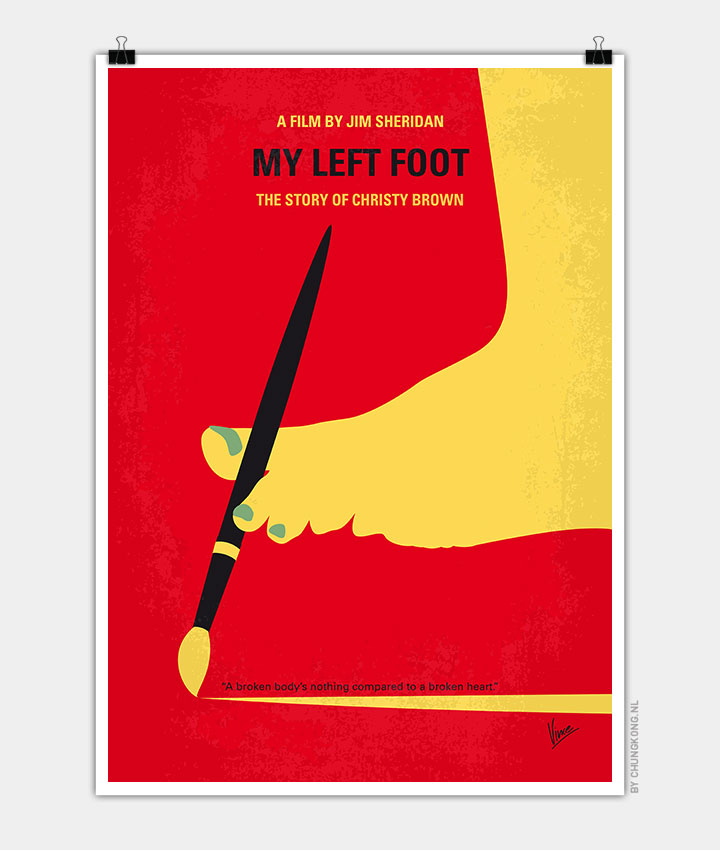 My Left Foot: The Story of Christy Brown

Christy Brown, born with cerebral palsy, learns to paint and write with his only controllable limb – his left foot.

Storyline
The life of Dublin born and bred Christy Brown (1932-1981) is presented, he who overcame the odds, afflicted with muscle debilitating cerebral palsy (CP) since birth which required around the clock care when he was a child, to become a successful painter and author.

He grew up in a working class family, one of thirteen siblings surviving infancy, with the siblings needing to share rooms with four or five to a bed. His mother in particular did whatever she could to make sure Christy was loved and supported. Because of his inability to speak when he was a child, he was largely seen as mentally slow, he who surprised everyone by demonstrating his mental acuity in absorbing everything that was happening around him. Without the use of his hands, he used his left foot to express himself by painting, the paint brush grasped between his big and second toe. He began to be able to express himself more fully when he was taught to speak more clearly by therapist Dr. Eileen Cole. But as he gained greater independence in his life, his mother began to worry more and more about him, not in he overcoming those physical disabilities associated with the CP, but having his hopes dashed by others who may have not seen him as a man with human emotions, including the capability and want to love.