No1231 My scouts guide to the zombie apocalypse minimal movie poster 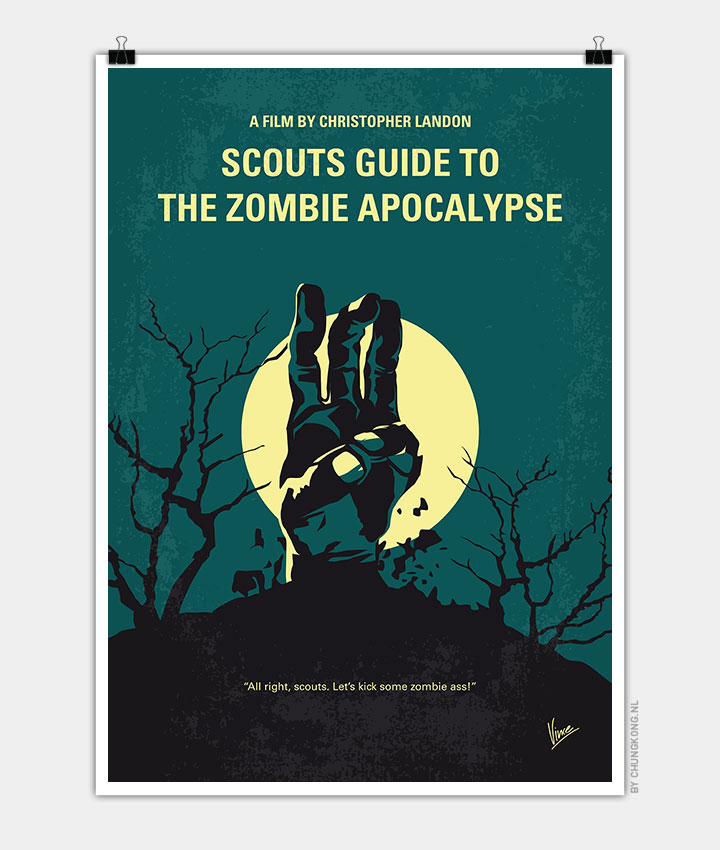 Three scouts, on the eve of their last camp-out, discover the true meaning of friendship when they attempt to save their town from a zombie outbreak.

Storyline
Nerdy high school model student Ben Goudy and his class buddies, naughty Carter Grant and sissy ‘chubby’ Augie Foster, are the overdue scouts in Leader Rogers’s small town troop, which hasn’t managed to recruit anyone for years. Finally invited to a cool kids party via kin, Ben and Carter sneak off but are caught by Augie, who gets bitter learning they plan to leave the scouts. All has to be suspended as they are confronted with a deer and people affected by a rabies-like plague which creates zombies. The boys team up with fearless strip bar ‘waitress’ Denise Russo, who in the process builds up dating-virgin Ben’s confidence, while the zombie epidemic gets so bad the army is called to bomb the town off the map.