No1233 My Playing For Keeps minimal movie poster 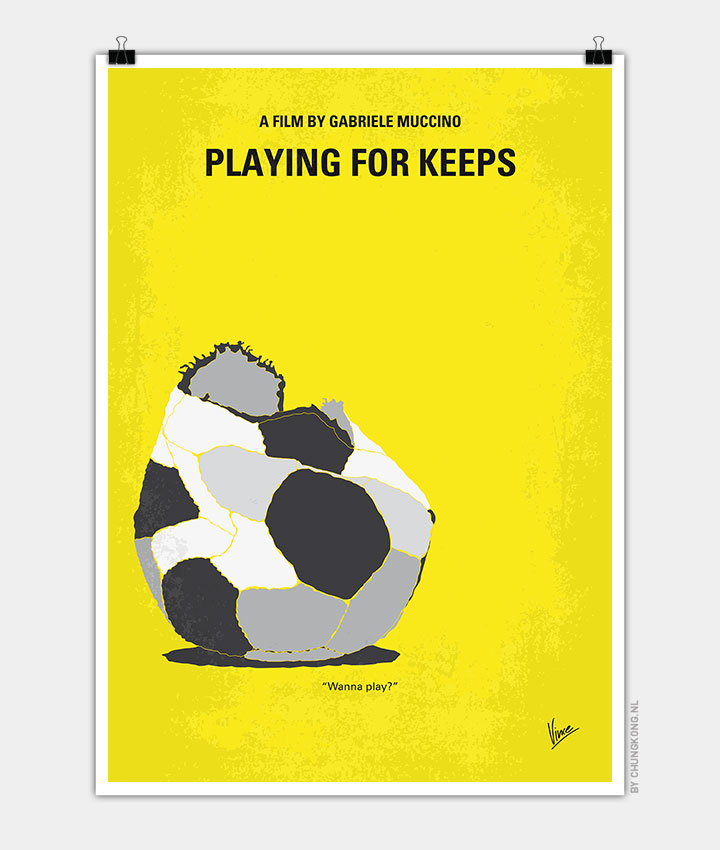 A former sports star who’s fallen on hard times starts coaching his son’s football team as a way to get his life together. His attempts to become an adult are met with challenges from the attractive football moms who pursue him at every turn.

Storyline
George is a former professional football star who’s moved to Virginia to be close to his ex-wife and son. He’s broke, jobless, without a plan, and a constant source of disappointment to his son. When he takes over as his son’s football coach, he has a new connection to the lad. He also gets the attention of three of the players’ moms as well as the glad hand of a wealthy dad. His ex-wife’s getting married, he has a lead on a sportscasting job, and he finds new ways to disappoint his son. Is there any way he can sort things out? A burnt-out football star tries to win back his family but gets distracted by his wandering eye in this romantic comedy starring Gerard Butler. His bank account drained and his libido fatigued, professional football player George (Butler) hangs up his cleats and heads back to Virginia. Determined to do right in the eyes of his ex-wife (Jessica Biel) and their lonely son (Noah Lomax), George takes a job coaching a local football team and begins working to form the young players into true athletes. But with every cougar in town eyeing him from the sidelines, George finds that staying focused on the job and keeping his prurient impulses in check are easier said than done.