No1239 My Colombiana minimal movie poster 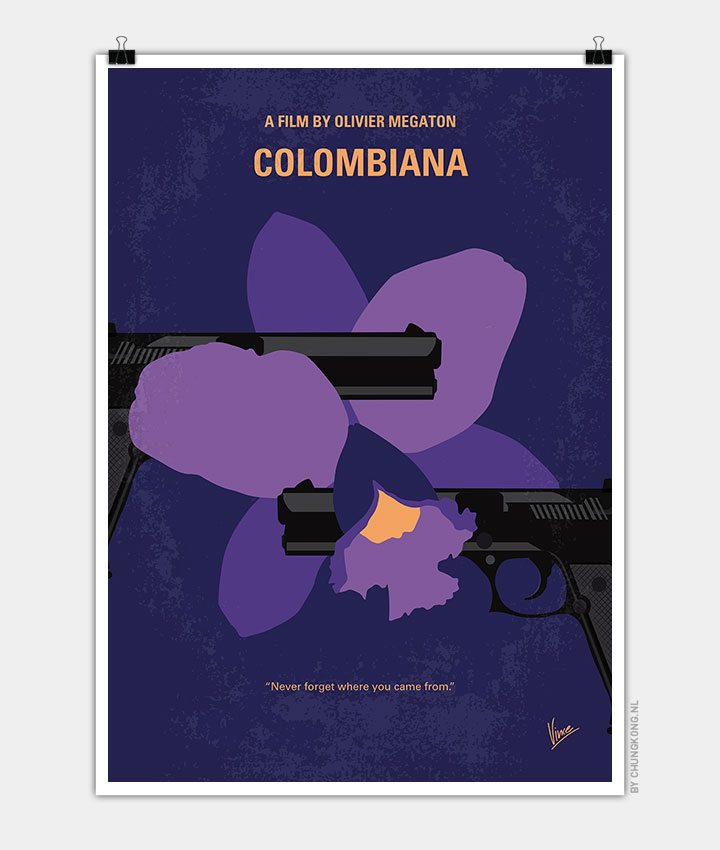 A young woman, after witnessing her parents’ murder as a child in Bogota, grows up to be a stone-cold assassin.

Storyline
In early-1990s Bogotá–after witnessing the gruesome murder of her parents by drug kingpin Don Luis’ Colombian henchmen–the innocent nine-year-old, Cataleya, is taken in by her Chicago gangster uncle, Emilio, to start a new life. Now, almost fifteen years later, the frail girl has become a cold-blooded professional assassin bent on avenging her family; however, the FBI special agent, Ross, is after her, following a seemingly endless trail of dead bodies. Cataleya has sworn revenge. Will she taste the sweet fruit of retribution?