No1240 My The Goonies minimal movie poster 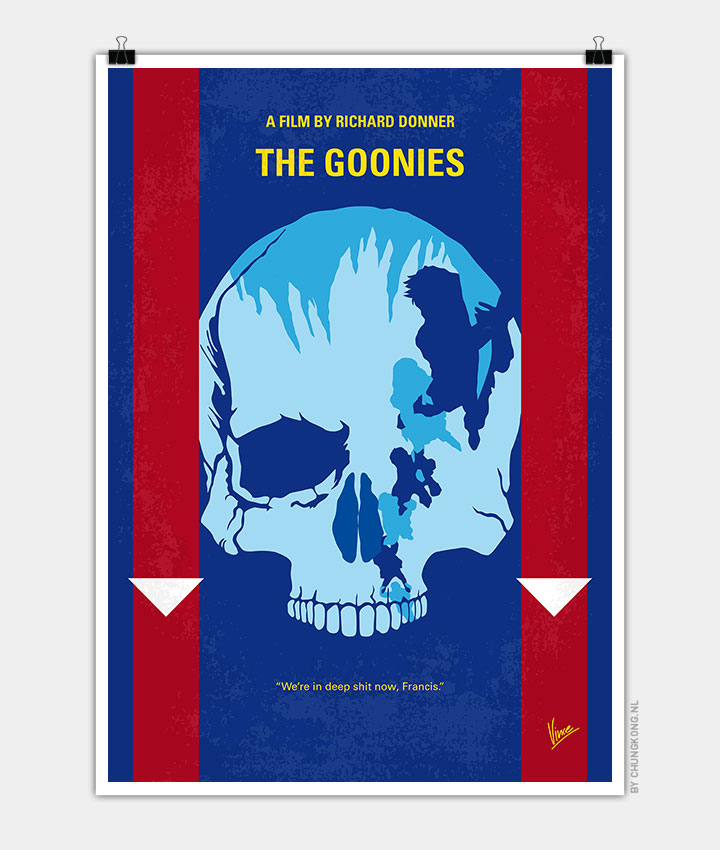 In order to save their home from foreclosure, a group of misfits set out to find a pirate’s ancient treasure.

Storyline
The Goonies are a group of friends living in a village, the groups leader Mikey Walsh, his older brother Brand and gang members Andy, Data, Stef, Mouth, and Chunk are being evicted from their homes which are to be demolished. Setting out to find a way of saving their homes, The Goonies find a treasure map and they set off in search for the treasure of the legendary pirate One-Eyed Willy which is located beneath a abandoned restaurant. Joined by a deformed gentle giant named Sloth, The Goonies embark on a great adventure through a underground maze filled with traps and skeletons, where they are pursued by Sloth’s mother, thief Momma Fratelli and his brothers Jake and Francis who are also after One-Eyed Willy’s treasure and they willing to get the treasure first.